By LRU Writer | On: December 22, 2019
American sportsperson Kliff Kingsbury rose to fame...made the huge jump as a coach...link-up rumor with the former golfer...pair seems to have quietly parted ways...spotted cozying up with...was an athletic kid from a very young age...one of the few football players to...his entry into the NFL...played for five teams also played in...signed a four-year contract... 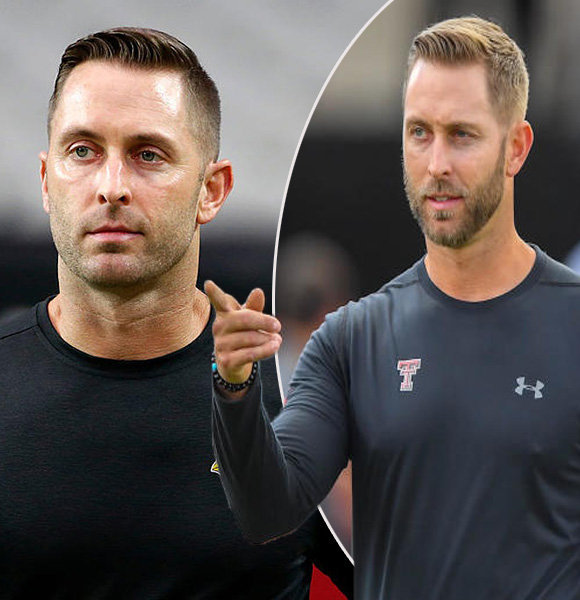 American former sportsperson Kliff Kingsbury rose to fame when he became the head coach of the Texas Tech Red Raiders in 2013.

Before he made the massive jump as a coach, he was a football player for Texas Tech from 1998 to 2002. During his four years at the team, Kliff remained a record-setting quarterback. After that, he also played professionally in Europe and Canada.

Further, in January 2019, he made a grand NFL entry as a coach following his contract with the Arizona Cardinals as their new head coach.

Well, given Kliff Kingsbury's rising fame, there are many curiosities surrounding the hotshot coach's love life and dating affairs. However, Kliff appears to be single at the moment.

Despite his possibly single status as of now, Cardinals' newly appointed coach created quite a stir at the beginning of 2019, after he started dating the former golfer and sportscaster, Holly Sonders.

More On Holly Sonders:- Sports Host Erik Kuselias Married Life With His Wife Holly Sonders Might Be on The Rocks. Thinking of Getting a Divorce?

Further, the former golfer also congratulated Kliff when he was appointed as the head coach in January 2019 via her Twitter. However, the pair seems to have quietly parted ways as of now. In fact, Holly has already been spotted cozying up with someone else.

In December 2019, the former sportscaster was spotted holding hands with the big-time gambler, Vegas Dave - aka Dave Oancea.

Kliff Kingsbury was an athletic kid from a very young age. As a high schooler at New Braunfels High School, he was a part of the football, basketball, baseball, and track teams. Moreover, Kliff was not only an athletic kid but also excelled in the classroom.

Thanks to his academics, Kliff became one of the few football players to receive a post-graduate scholarship from the National Football Foundation and Hall of Fame.

After playing college football with the Red Raiders at Texas Tech University, Kliff made his entry into the NFL. The New England Patriots picked him in the 2003 NFL draft. During his NFL career, he played for five teams. Apart from the NFL, he also participated in the All-American Football League and the Canadian Football League.

Further, in 2019, the former athlete signed a four-year contract with an option for a fifth year as the head coach of NFL's Arizona Cardinals.