By LRU Writer | On: December 15, 2019
James Joseph Harbaugh, better known as Jim Harbaugh is an American football coach who is currently the head football coach...Jim joined the NFL after he was selected in the first round as the 26th pick by the Chicago Bears in...The Chicago Bears went on to win the NFC Central division with him as the quarterback. Jim had cemented... 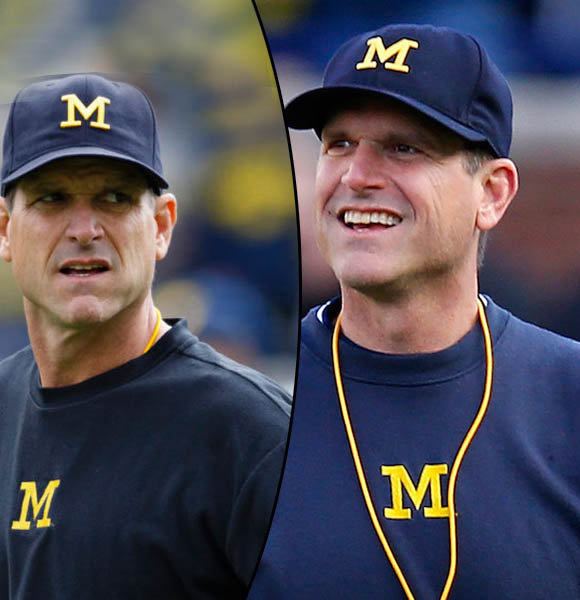 James Joseph Harbaugh, better known as Jim Harbaugh, is an American football coach who is currently the head football coach of the University of Michigan Wolverines. Jim used to play as a quarterback in the NFL from 1987 to 2000, a total of 14 seasons.

He has had a successful career, both as a player and a coach.

Jim joined the NFL after he was selected in the first round as the 26th pick by the Chicago Bears in 1987 NFL draft. His first two seasons weren’t great, and he struggled to perform to his capacity. Because of this, he didn’t see much action.

The Chicago Bears went on to win the NFC Central division with him as the quarterback. Jim had cemented his position as a reliable quarterback, and he started most of the games he played unless he was injured. He played for the Bears till 1993 with a 35-30 record.

Then, Jim signed with the Indianapolis Colts on 7 April 1994. He made some fantastic plays and calls for the Colts and earned himself the nickname “Captain Comeback.” He was also the runner up in the voting for NFL MVP in 1995.

Jim played for the Baltimore Ravens in 1998 and the San Diego Chargers in 1999 and 2000. He did join the Detroit Lions and Carolina Panthers in 2001 but didn’t see any action despite dressing up for six games.

Contracts And Net Worth

If broken down, his base salary is $550,000 per year, with $5 million in additional compensation and a $2 million life insurance premium paid by the university on Dec 6th of every year till the completion of the contract. Besides the hefty amount he makes from coaching, he has also made a sizable sum from his time in the NFL. He had also coached at the University of San Diego, Stanford University, and San Francisco 49ers before signing with the University of Michigan.

The fans of Michigan Wolverines called for Jim’s dismissal throughout the season and after the Wolverine’s loss to Ohio State on 30th November 2019. The University of Michigan’s athletic director, Warde Manuel supported the fan's demands at the Big Ten meet May 2019:

“I stand by my decision and my statement that I want him to retire here.”

Harbaugh has been married twice and has seven children in total. He was first married to Miah Harbaugh in 1996 and had two sons with her; Jay Harbaugh and James Harbaugh. They also had a daughter named Grace Harbaugh. Jim’s marriage to Miah ended in 2006, and he remarried in 2008.

John, Jim’s youngest child, was born on 11th January 2017 and was named after Jim’s older brother, John Harbaugh- coach of the Baltimore Ravens of the NFL.