By LRU Writer | On: July 12, 2019
Kris Aquino, a name recognized as the...is the child of the...father and mother were responsible...graduated with a degree in... Together they have a child...list also consists of actors...then dated...her work has been...Despite the blow, Kris... 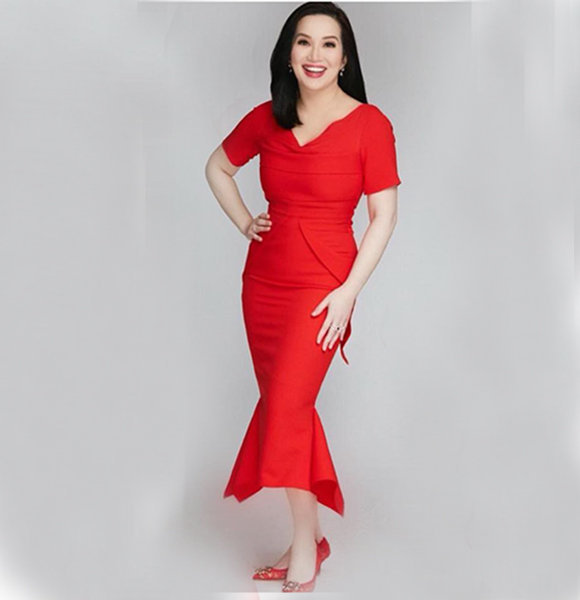 She has been recognized as the Queen of all media for her work in the Philippines TV industry. Alongside living as a showbiz celebrity, Kris is also the executive editor of her magazine named The Kris Aquino Magazine.

With fame, it is easy to say the fortune is on Kris's side. She is famous for acting on hit movies like Pido Diba: Sabay Tayo, Feng Shui, So… Happy Together, Sukob. Also, she has a TV show called K Everyday.

But, the actress' work has not always been a smooth ride. In September of 2018, via Instagram, she revealed about losing weight due to stress build-up by the betrayal of a business partner.

Despite the blow, Kris, who is at the height of 5 feet 3 inches(1.6m) recovered from the problem and continued in her professional life.

After her success with Crazy Rich Asians, she is reportedly estimated to amass a net worth of $10 million. Also, she is preparing for a new show called Savage Attacks.

Kris is the child of the first women president of Philippines, Corazon Aquino, and father, Senator Benigno Aquino Jr. She is the youngest of the four siblings named Maria, Aurora, Victoria, and Benigno, who served as the President of the Philippines from 2010 to 2016.

Her political royalty parents were responsible for overthrowing Ferdinand Marcos, and re-establishing democracy in their country.

Due to political turmoil in her native country, she recieved her early education in America. But, after her father's assassination in the year 1983, she returned to her home to rally against Marco's rule.

As the situation got better, the Ateneo de Manila University graduate moved on in her life.

She began to be recognized as a teenage idol and received opportunities to appear on TV dramas and even talk shows, after which the celeb of Filipino ethnicity started to work on movies as well.

Kris of age 48 has dated various boyfriend's over the years. According to the TV host, her first love was Aga Muhlach, an actor by profession, but she never revealed much about him.

Moreover, her past affair consists of actors like Robin Padilla, Gabby Concepcion, and Philip Salvador. The Deal Or No Deal star even welcomed a kid named Joshua with her once live-in partner Philip.

After dating fellow actors for a while, Kris met her new boyfriend, James Yap in 2005.

Within a few months of dating, she got married to the basketball player on 10 July 2005 at a private ceremony at her home town Quezon City. Together they have a child named James Yap Jr aka Bimby. Unfortunately, in 2007, reports of infidelity came into light that James was having an affair with Hope Centeno.

Her husband denied the rumors, and the couple continued their relationship. However, the union didn't last long as Kris started losing faith in him. Thus, in 2010, she announced on the TV show, The Buzz that her marriage with James ended.

Moving forward in her life, Kris dated Herbert Bautista in 2014 but, their romance was short-lived. Her boyfriend broke up with her in the same year due to internal conflict on the matter of kids.