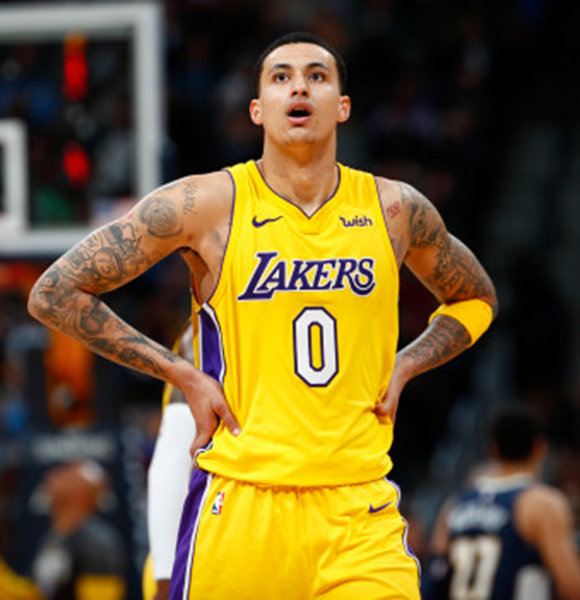 Pro basketballer Kyle Kuzma started his NBA career in 2017 with Los Angeles Lakers. He was picked in the 27th overall draft by Brooklyn Nets but was traded later on to his current team.

The same year, he was able to score a career-high 24 points during the game against Philadelphia 76ers. Moreover, a few days later during his team's game against Phoenix Suns, he scored another career point i.e. 30 points.

Kyle's dating status remains a mystery for now. However, towards the start of 2020, he was romantically linked to actress Vanessa Hudgens.

On 21st January that year, the athlete was spotted enjoying a dinner date with her on Italian restaurant Lilia in Brooklyn. Moreover, his rumored partner commented on one of his Instagram posts on 19th January 2020. Also, Vanessa was present during his game against Cleveland Cavaliers that month.

However, none of them have yet made any comments on all these or hinted that they are dating each other.

Back in 2019, The NBA icon was rumored to be dating the prolific model and reality star, Kendall Jenner. It all started when he was spotted with her on a yacht off the coast of Malibu on the occasion of the fourth of July that year. But as per TMZ, the two were not dating and were instead in a friendly relation.

Also, in November the same year, Kyle was rumored to be dating the Instagram model, Nicole Shiraz, after she was spotted in his games several times.

But his then rumored girlfriend put the unverified claims to rest by confirming the two were just friends. She disclosed this to Daily Mail Australia on 1st December 2019.

Kyle was raised by his mother, Karri Kuzma, in Flint, Michigan. Throughout the years, Kyle has been vocal about his mother's support; during an interview with Associated Press, his words for his mom were,

Every game during Summer League, mom was always hitting me up to check on how I was doing and give some motherly advice, She was asking how I felt about how I was playing and was telling me to just let everybody see what I can do on the court.

On the other hand, the basketballer is unaware of his biological father's whereabouts and hasn't yet made contact with him. However, he cites his stepfather Larry Smith as the father figure in his life.