By LRU Writer | On: December 09, 2019
Lacey Evans is an exciting athlete in the WWE Universe...is married to her husband...her husband's name is Alfonso Estrella...started her career in the WWE from the NXT division...her height and weight figures are given below...keeps her amazing physique maintained through hard workouts...now features in the SmackDown division... 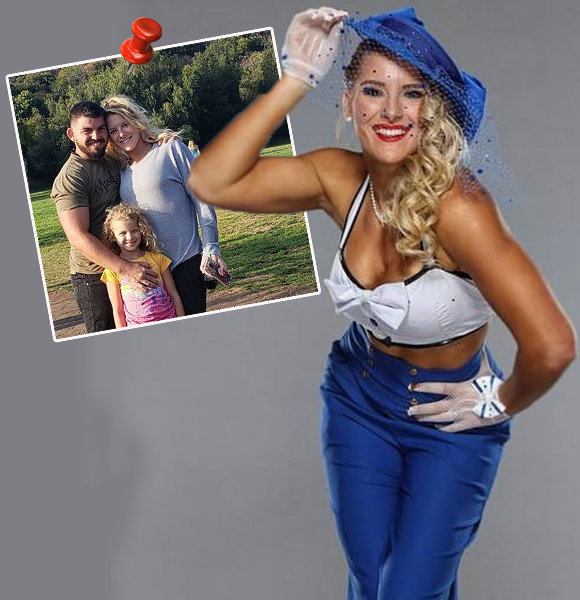 A military person-turned-wrestler, Lacey Evans is one of the most exciting divas in WWE. She achieved the rank of sergeant during her service in the marines, after which she transitioned to become a professional wrestler.

She earned her first televised victory in the NXT in January 2018, two whole years after she entered the division, and she is going strong ever since. She now features in the SmackDown division of the WWE.

Lacey is happy with both her professional and personal life. She is married to her long-time boyfriend, and her husband's name is Alfonso Estrella.

Alfonso, who is involved in the construction business, has been Lacey’s husband for more than 15 years as of December 2019. They started dating when she was just 14 years old. The pair has a great marital life, too, as Lacey and Alfonso bought two houses before she turned 24. It goes to show that the couple works together and supports each other in their respective careers.

In addition to the well-going wedding, Lacey also has a beautiful daughter named Summer from her marriage. Lacey takes Summer with her during her tours while performing for WWE in various parts of the country. Summer has an Instagram account, too, which Lacey manages for now. As of now, there are no talks that the couple could be splitting up anytime soon. The family is pretty open about their love for one another and even shares a lot of pictures of their activities online.