By LRU Writer | On: December 06, 2019
Lauren Ridloff is a deaf actress famous for her role in the TV series The Walking Dead...is married to her long-time boyfriend and husband Douglas Ridloff...is of mixed ethnicity...her bio, age, and height are given below...talent runs in her family as...is busy filming The Eternals which is set to release in...has two children from her marriage... 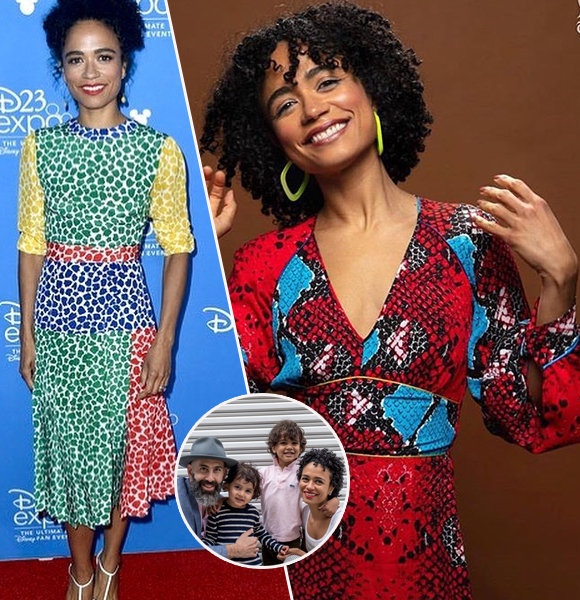 Lauren Ridloff is one of the most inspiring actresses in the world. She has been able to make a name for herself in Hollywood through her acting talents, despite her hearing disability.

Lauren, who is probably best known for her role in the hit TV show The Walking Dead, has worked in many similar, high-value cinematic productions over the years. She worked in Legacies (2018), Wonderstruck (2017), and Sound of Metal (2019).

As of December 2019, Lauren is filming her new TV series The Eternals - which, upon release in 2020, will make her Marvel’s first deaf superhero.

Is Lauren Married? Information About Husband And Children

Lauren is a married woman. She is leading a happy family with her husband, Douglas Ridloff, who is also deaf.

Douglas first met Lauren when he was visiting her college at California State University. Soon, they met again in New York for their first date during a friends’ get together. Ever since their first date, Lauren and Douglas have been together for 17 years as of December 2019.

Read About Another Actress:- Who Is Charlotte McKinney Dating Now? Boyfriend, Husband, Net Worth

According to one of her Instagram posts on 14 February 2019 - in which Lauren talked about her wedding with Douglas - it can be estimated that the couple got married sometime around February 2006.

From the marriage, Lauren also has two children: Levi and Wyatt. Both of her kids are deaf, just like their parents. Who Is Lauren's Husband Douglas Ridloff?

Douglas Ridloff is a creative artist and entrepreneur. He is a poet and visual storyteller - who creates original works in Sign Language. He is also the owner of ASL SLAM and acts as the executive director-host of the open mic show that his company organizes.

Douglas is a well-known personality in the Deaf community, and his works are famous all over the world. The artist had also given a TED talk in TEDx Vienna in 2018.