By LRU Writer | On: March 04, 2020
American actress Leighton Meester is best known for...also starred in movies like...is married to...first met on the set of...never actually confirmed their relationship...tied the knot in a secret wedding...husband Adam Brody...best known for his role as...are parents to a daughter...stands at a height of...has an interesting tattoo on her... 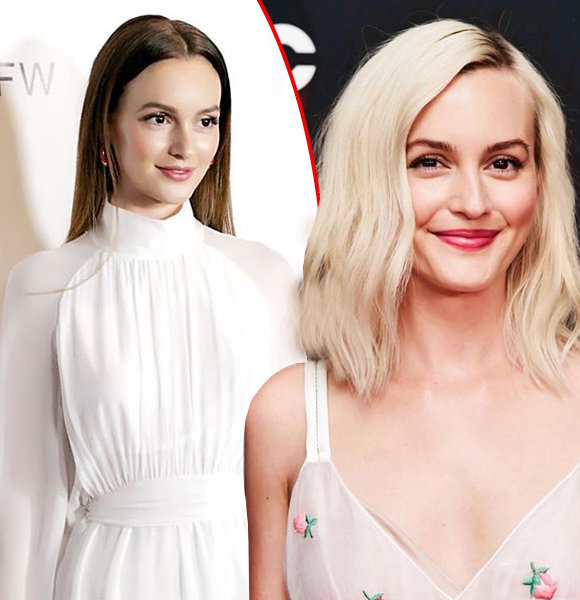 The actor duo first met on the set of a movie- The Oranges in 2011. They never confirmed their relationship publically. But in February 2014, the couple tied the knot in a secret wedding ceremony.

Even after getting married, Leighton and Adam have remained very low-key about their relationship and married life. The duo gave their first joint interview to Entertainment Tonight, after three years as a married couple, in 2017.

Leighton's husband Adam Brody is also a Teen Choice Award-winning actor, who is best known for his role as Seth Cohen in the Fox network's series- The O.C.

Adam is also a part of a band called Big Japan, in which he plays the drums.

Leighton and her husband Adam are parents to a daughter- Arlo Day Brody, born on 4th August 2015.

Leighton Meester was in a relationship with Avengers star Sebastian Stan. The two met at the set of Gossip Girl and started dating in 2008.

But after two years, their relationship fizzled out, and the two parted ways in 2010.