By LRU Writer | On: July 28, 2019
Lewis Capaldi is ingenious...became one of the fastest rising...his parents, from the father's side...entrances everyone with his...all set for his tours in the year...net worth is...girlfriend and dating life...in 2019 Lewis was spotted... 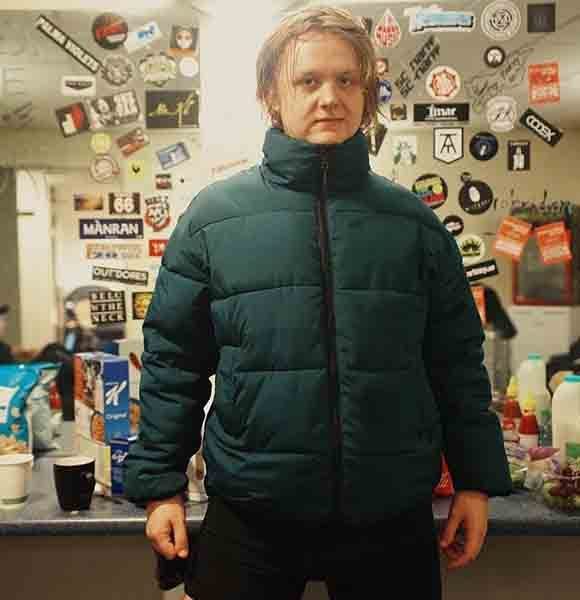 Singer, pianist, and guitarist by profession, Lewis Capaldi is the ingenious creator of the 2017 hit song Bruises.

Named as the Breakthrough Artist of the Year at the Scottish Music Awards in 2017, he broke the record point of 25 million plays on Spotify by an unsigned artist. Since his debut album Bloom, the youngster became one of the fastest rising talents in the music industry.

He boasts hit songs like Something Burrowed and Hold Me While You Wait of 2018 and 2019 respectively. No wonder that he has 3.1 million Instagram followers and 1.3 million subscribers on his YouTube channel titled LewisCapaldiVEVO.

Born to fishmonger father and a nurse mother on 7 October 1996, Lewis is the middle child. He boasts three siblings: two elder brothers and one younger sister.

Interestingly, his parents, who have acknowledged his success, demand him for rent money timely as he lives with them.

From the father's side of the family, the 5 feet 8 inched (1.73m) songster is related to Dr. Who star Peter Capaldi. The famous actor Peter is his dad's second cousin; an uncle to Lewis. He appeared on Lewis' hit single, Someone You Loved in February 2019.

Successor Of Peter Capaldi's Doctor Who Character:- 'Broadchurch' Star Jodie Whittaker As Doctor Who! The First Female to Take the Role

Raised in Glasgow, Scotland, Lewis was inclined to the artistic ways of the music world since he was at the age of nine. Learning to play guitar from the very get-go, the 22-year old now enthrall everyone with his incredible music.

The artist has been quite busy with songs releases and is preparing for tours over the past few months of 2019. Although what songs he is going to be singing on his visits are not yet confirmed, there is no doubt regarding his tour's enormous success. As of now, he boasts an estimated net worth of $10 million.

A lot of questions have arisen concerning the facts of Lewis's girlfriend and dating life. The actor appears to be single and ready to mingle, but his unattached status has garnered a lot of attention.

You May Also Like:- Stephanie Bendixsen Boyfriend, Single, Family

He usually posts hilarious jokes on his social media platform about unknown ex-girlfriends and funny relationship pictures with buddy Rhys Lewis. Beforehand, Lewis also tried to find love in dating apps and even blind dates, but all went in vain. He claims to be incapable of finding a girlfriend on his own.

However, an allegedly single Lewis is busy enjoying a lavish single life. In 2019, the Something Burrowed hitmaker was spotted partying and enjoying on the beach of Ibiza, surrounded by beautiful ladies.