By LRU Writer | On: July 22, 2019
Liam Carroll is the child actor know for his role of Jared Parker in the TV show...Liam shares a deep connection with his on-screen parents...He celebrates his birthday on...Well, the Neighbours’ actor grew up with two siblings by his side... 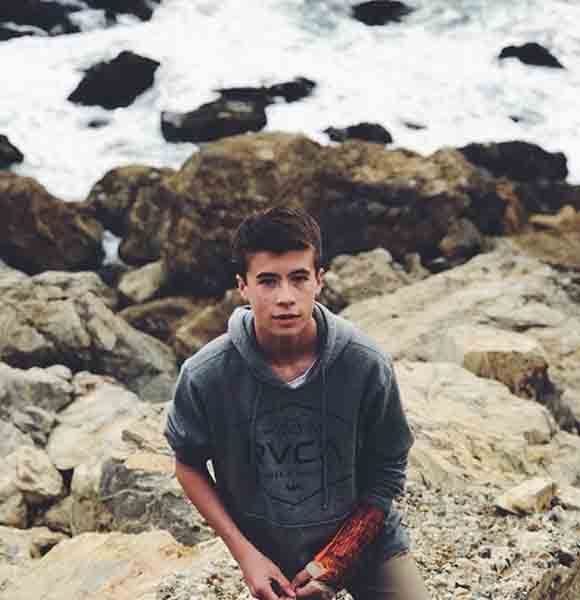 Liam Carroll as Jared Parker in The Detour is one of the most significant parts and an adored character in the TV show.

The teenage actor has charmed his way into the Hollywood industry via his performance in the TBS sitcom. Before booking the gig as a series regular, the actor’s debut role was in The Neighbors as a guest star.

Liam was born in 2002 in Manhattan Beach, California. He celebrates his birthday on 9 July every year. The Cancerian actor’s parents are Siobhan and Timothy Carroll. Liam possesses an Irish ethnicity derived from his grandparents, who originally immigrated from Ireland.

The Neighbours’ actor grew up with two siblings by his side. His younger ones are sister Norah Carroll and brother Ronan Carroll. Like Liam, his brother is also an actor. Ronan has played roles in TV series namely, 9-1-1 and 13 Reasons Why. In the later critically acclaimed series, Ronan played the role of young Bryce Walker.

Talking about Liam's interest in acting, he was a mere 10-years-old when he started performing at Family Theater Inc in Hermosa Beach. With his supportive’s parents help, he excelled in the TV industry. Besides, his prominent role in The Detour, Liam has also guest-starred in Angie Tribeca.

Well, the actor’s parents must be proud of their children's success. As a supportive parent, the 17-year-old’s mother Siobhan still manages his social media accounts.

Liam shares a deep connection with his on-screen parents too. After filming multiple seasons of The Detour, his TV-parents Jason Jones and Natalie Zea have become an integral part of his life. The child actor even acknowledges them on the occasion of Father’s and Mother’s Day, via his social media accounts. The bond has strengthened as the series, The Detour, returned with a season four in 2019.

Along with good relationships, the show has also helped Liam pocket a sizeable net worth. As a child actor, he earns a salary at an average of $30,000 per year, which contributes to his net worth.

Liam has managed to dabble into acting and education at the same time. While being a series regular of a sucessful TV show, he also excelled in his middle school. The actor played hockey for his school, Junior Kings, for six years. He later completed his middle school with flying colors in 2016.

After proceeding to high school, he continued to enjoy his educational experience to the fullest. In June 2019, Liam went to his high school prom with a cute date, a girl named Floella Platt, and a bunch of friends. Although he gave a sneak-peek of the D-day via Instagram, he didn't reveal if the girl in question was his girlfriend or a friend.