Who Is Lil Durk Dating? His Ex-Girlfriends, Current Romance And Father To Six

By LRU Writer | On: June 14, 2021
Lil Durk is a rapper famous for his mixtape Remember My Name...his past relationships.....current girlfriend....father to six children... the rapper launched his first milestone on social media...passionate about music.... he had a difficult upbringing. 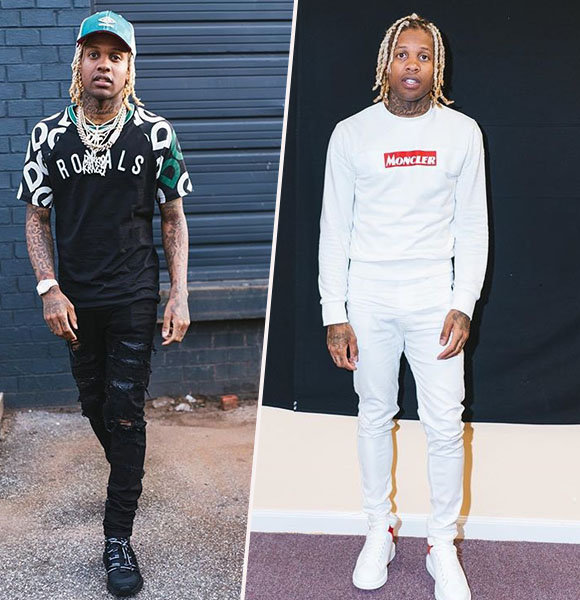 Rapper Lil Durk (full name: Durk Banks) came to notoriety after collaborating with French Montana on the song L's Anthem. Only the Family, his label, published his debut studio album, Remember My Name, in 2015. To date, Durk has delivered four studio albums. Remember My Name (2015), Lil Durk 2X (2016), Signed to the Streets 3 (2018), and Love Songs 4 the Streets 2 are the titles of these albums (2019).

The audience is particularly interested in learning about his previous and current relationships: who he has dated and who he sees right now. Of course, he's had his good share of affairs and is a father to six children! Isn't it fascinating?

Take A Look At The Rapper's Dating History

The Chicago rapper has been tied to Dej Loaf in the past. Likewise, there are speculations that he has had several girlfriends beyond the music scene as well.

First, on the list, we have Nicole Covone. For the first time in the summer of 2008, they met the rapper and got hitched shortly afterward. Angelo Banks, the couple's first child, was born to them in 2011. At the moment, Durk was only 17 years old. However, on July 20, 2013, sources announced that the couple had had their second child together, Bella Banks. Briefly, upon Bella's birth, the couple parted ways.

Likewise, there were a bunch of opinions going around when Lil Durk and Dej Loaf were spotted together in the past. Yet, this isn't the climax of the narrative. The two continued to spend hours together and worked on a few songs. They were caught together and seen kissing on stage, leading the crowd to assume that the pair had confirmed their romance. Many believed that they might split up by the end of 2016. Loaf said in a 2016 interview with XXL that she and Durk remained friends even if they were no longer together. After a brief breakup with Nicole, Durk, thus, became the parent of his third kid and eventually became the father of his fourth kid, too, without disclosing the mother of the kid. According to the sources, Skyler Banks, now a known celebrity kid, was born the same year, in 2014, to Tameka Kute.

Around 2016, there were several on-again, off-again relationship rumors concerning the rapper and Atlanta model Takala W. Similarly, a word of Mia Burks and his dating was leaked by one of the former’s friends. Yet, it is uncertain when the two began dating and when and how they ended their relationship.

India Royale, an Instagram influencer, is Durk's girlfriend. They began to be sent out towards the end of 2017. Then, in September of 2018, he proposed to her. Willow Banks, their daughter, was born in October 2018, just a month after getting engaged. In their relationship, the pair has experienced a few on-and-off episodes. However, they've matured from unfollowing each other to cheating allegations. They have a fantastic family and are currently enjoying a comfortable life thanks to their two lovely kids, Willow and Skyler. Rapper's Family History: The One He Grew Up With Is No Longer With Him

A thorough look at the rapper's early years reveals that he had a difficult upbringing. His father, Dontay Banks, Sr. had been serving two life sentences without the possibility of release since his childhood, with no facts given. He did grow up with his older brother as well. Sadly, on June 7, 2021, incredibly devastating news broke that the rapper Lil Durk's brother was killed over the weekend in a gunfight at a strip club in south suburban Harvey that also injured an officer. His brother, Dontay Banks Jr., is known as DThang.