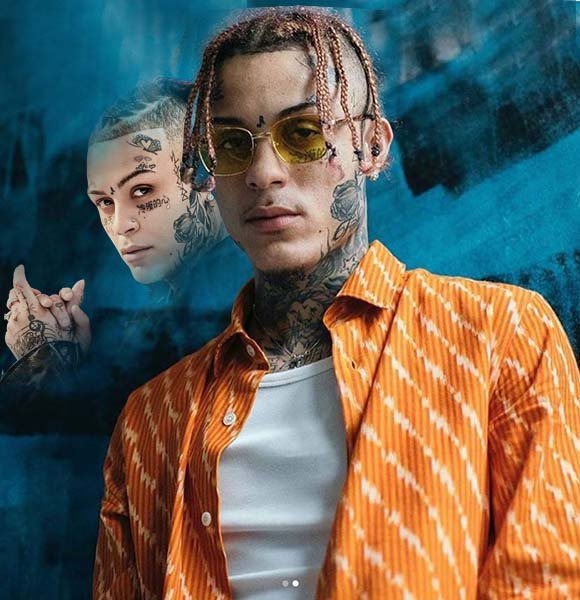 Lil Skies is one of the prominent figures in the arena of hip-hop world today; his hit tracks such as Roses and Lust tell it all. Moreover, his critically acclaimed album Life of a Dark Rose managed to secure 10th spot at the Billboard 200 charts.

But, the start of his well-running career wasn't an easy one like in most cases. Taking inspiration from his father, Lil - however - managed to climb the ladders of success and is doing pretty well for himself now.

Who Is Lil Skies' Girlfriend?

The rapper is in a relationship with a woman named Jacey Fugate.

Well, the initiation of their relationship dates back to 2018. After dating for more than a year, Lil Skies took a major step up in his relationship. On 1st March 2019, the artist disclosed the news of his partner's pregnancy during a live show with REAL 92.3 LA.

Moreover, several pictures of the pair featuring Jacey's belly bump started to float on the internet. Finally, in August 2019, the couple welcomed their baby boy into their life but chose not to disclose his name. As of now, the artist and his son's baby mama are more than happy looking after their newborn. On 6th November 2019, Lil's girlfriend even shared another cute picture of their son on Twitter with a caption that read,

However, for now, the question remains if the hip-hop artist is planning to make things official with Jacey and walk down the aisle with her.

Although mostly recognized by his stage name, Lil Skies' real name is Kimetrius Foose as per official records. He grew up in the neighborhood of Chambersburg, Pennsylvania, in a working-class family.

His dad, Michael Burton Jr, was a struggling rapper himself and performed under the stage name, Dark Skies. Evidently, the songwriter's stage name was inspired by his dad.

He even formed a band with his father after his dad was hospitalized following a severe explosion accident while he was in high school. So, this moment undoubtedly motivated him to pursue a career in rap music.

Likewise, his mother had an equal inspiration on him growing up, and he even dedicated his 2019 studio album titled Shelby after her. The album cover also features his childhood photo featuring his mom.

Although his parents separated a long time ago, he is in good terms with both of them.

Interestingly, his younger brother is also a rapper named Kamrin Houser, who is well known by his stage name Heartbreak Kid.

About Lil Skies Including Age