Details On Tory Lanez Dating Status, Who Is Girlfriend?

By LRU Writer | On: November 15, 2019
Canadian rapper Tony Lanez is a big name... also a huge social media sensation... not yet a married man... father to a beautiful baby boy...had a fair share of romance...Tory dated rapper Trina... was also in a short-term relationship with...opened up about preferring a regular girl over celebrities...boasts mixed ethnicity...estimated net worth of ... 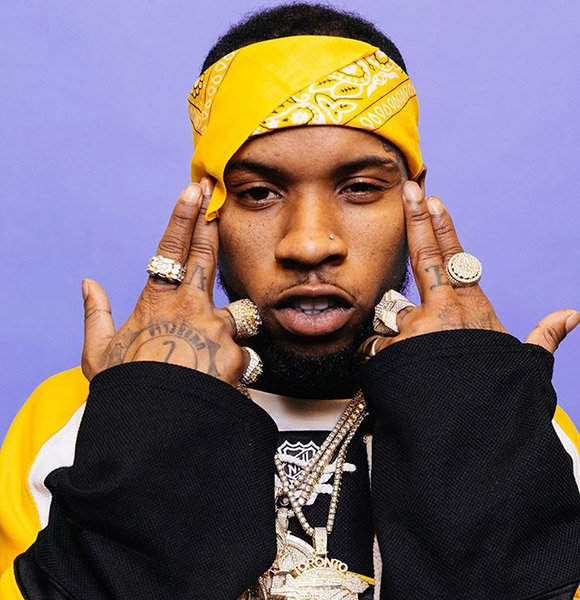 Also known as Argentina Fargo, to his fans Canadian rapper Tony Lanez is a big name in the rap music industry. During his career, the hip hop artist and music producer, has created multiple hits like Lost Cause, Sincerely Tory, and Chixtape.

Apart from that, Tory is also a huge social media sensation with more than 2 million subscribers on his Youtube channel and 5 million followers on his Instagram page.

Considering Tory's massive fame, the curiosities regarding his dating status does not come as a surprise.

While Tony is not yet a married man, he is already a father to a beautiful baby boy. In 2017, while Tory was at the peak of his career, he secretly welcomed his first child into the world with his then-girlfriend. Tory seems to be very fond of his son. On his little boy's first birthday, the rapper gifted his son a baby-sized Rolex. Pretty big gesture! As for the baby mamma, not much is known about her. However, Tory has mentioned that they are on good terms.

Apart from his mysterious baby mama too, Tory has had a fair share of romance in his life. Most recently, he was linked up with Love & Hip Hop: Atlanta star Joseline Hernandez, But Tory denied the dating rumors and accused the reality star of creating a fake stint.

Before that, Tory dated rapper Trina from 2014-2015. They were often spotted together on various occasions but eventually went separate ways after dating for a year.

After that, he was also in a short-term relationship with the singer and model, Kaylin Garcia, in 2017. Later that year, he was again linked to actress and social media personality, Bria Myles.

More On Bria Miles:- Bria Myles With Multiple Rumored Boyfriends; Who Is She Dating In Real?

As of now, Tory seems to be single and looking for someone. In fact, in April 2019, he opened up about preferring a regular girl over celebrities. So, we can assume that he is looking for the right ''regular'' girl foh himself.

Born as Daystar Peterson on 27 July 1992, the 'LUV' hitmaker stands at the height of 5 feet 7 inches (1.7 m). As for his ethnicity, he boasts mixed ethnicity- Barbadian ancestry from his father's side, whereas, Curaçaoan, from his mother’s side.

Speaking of his family, Tory did not have it easy as a child. His mother died from a rare disease while he was just 11 years old. After that, he got into music to express himself and channel his emotions.

You May Be Interested:- Jesy Nelson Boyfriend, Dating, Parents, Ethnicity

Tory released his debut mixtape T.L 2 T.O at the age of 17. His songs have also made it to the Billboard Hot 100 chart. For his music video of "Henny In Hand," Lanez was also nominated for a MuchMusic Video Award for Best Rap Video.

During his career, he has collaborated with famous artists such as Sean Kingston, Kid Ink, Bow Wow Slim Thug, Paul Wall, YG, Ty Dolla $ign, Meek Mill, and Yo Gotti.

Well, with such an impressive career, it's pretty apparent that the rapper has amassed a decent figure as his net worth. Putting his wealth in numbers, Tory has an estimated net worth of $2 million. And since he is still going pretty strong, his net worth is more likely to rise in the future.