The Grudge's Lin Shaye Bio: From Age, Net Worth To Personal Life Details

By LRU Writer | On: December 08, 2019
American actress Lin Shaye is best known for her roles in horror movies like...has also appeared in the iconic comedy movie...has been married twice...welcomed a child together in 1989...initially started her career appearing in...got mainstream success after she portrayed... has more than 200 acting credits on her name...enjoys an estimated net worth of... was born on... 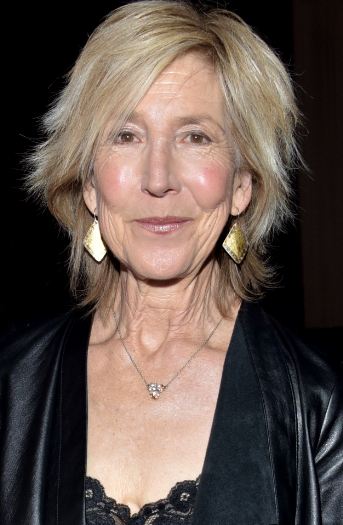 American actress Lin Shaye is best known for her roles in horror movies like Insidious (2010), Ouija (2014), and A Nightmare On Elm Street (1984). For her remarkable work in the field of horror movies, Lin had also been tagged as the Godmother of Horror by Wizard World Comic-Con in 2015.

Apart from her roles in the horror movies, Lin has also appeared in the iconic comedy movie Dumb and Dumber (1994), and it's prequel Dumb and Dumberer: When Harry Met Lloyd (2003).

Most recently, Lin has come back to the limelight for her upcoming role in the much-awaited 2020 horror movie The Grudge. In the film, Lin is set to portray the character of Faith Matheson, who is possessed by the evil Grudge spirit.

Lin Shaye is not a married woman as of now. However, she was married twice in the past.

She remained married to her first husband, Marshall Rubinoff, until his death in 1968. It took Lin a long time to overcome the grief of losing her husband.

You May Like:- How Much is John Ratzenberger Worth? Also His Wife Details

After twenty years, she finally moved on with actor Clayton Landey, who met on the sets of Wish You Were Dead. The couple got married in 1988 and welcomed a child together in 1989: a son named  Lee. J. Landey. But, the couple eventually separated and got divorced in 2003.

Now, Lin and Clayton's son Lee is a musician, who is a part of the rock band called the Wand.

Lin Shaye initially started her career appearing in off-Broadway productions and local theatre play in New York. She got her first on-screen debut in the movie Hester Street in 1975. In 1977, Lin moved to LA to pursue an acting career in Hollywood.

Her career got mainstream success after she portrayed the role of a doomed high school teacher in A Nightmare On Elm Street. The part marked the beginning of her career as a scream queen in horror movies. After that, the scream queen appeared in many movies. As of now, the talented actress has more than 200 acting credits to her name. And, looking at her busy career, she does not seem to be slowing down any time soon.

You May Be Interested:- How Much Is Alice Walton Net Worth? Also About Family, Husband

Well, from such an impressive career, it's pretty apparent that Lin has garnered quite a substantial figure as her net worth, Putting her wealth in numbers, the veterinary actress enjoys an estimated net worth of  $800 thousand.

Lin Shaye was born on 12th October 1943 in Detroit, Michigan.

She was born to a Russian Jewish immigrant mother, Dorothy, and a painter father named Max Mendle Shaye. She also has a brother called Robert Shaye - who is a film executive and the founder of the New Line Cinema.

As for her education, Lin studied at the University of Michigan, where she was an Art history major.