By LRU Writer | On: May 26, 2019
Lisa Durden is a political commentator, a producer for...Debated host Tucker Carlson LIVE on Fox News...Lisa Durden's exact age and birthdate...Married With Husband?... Nationality, Net Worth, and more... 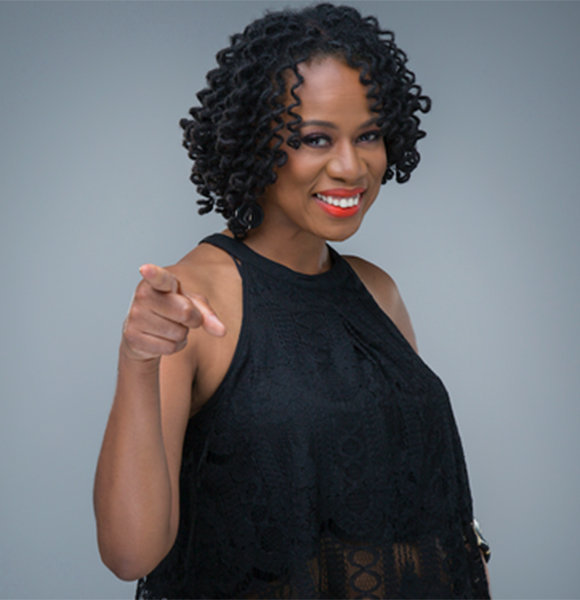 Lisa Durden is a political commentator-producer, who has made recurring appearances in major news networks, especially Fox 5 Network. Throughout her commentary in Fox 5's shows such as “The Morning Show w/ Mike & Juliet,” and “The Strategy Room,” she has debated on diverse issues ranging from politics, pop culture, education to fashion.

Apart from commentary, she is also a host of the self-titled talk show The Lisa Durden Show, which has a viewership count of over 1 million homes on Newark Cablevision.

In 2014, she was honored with The Leader In Communications Award by Progressive Achievers.

Although Lisa Durden's exact age and birthdate are not known, she was born on 19th February during the 60s in an impoverished family.

Her parents: John and Margaret Durden couldn’t provide her with many necessities in childhood, but they did manage to provide her with quality education. Since her father was the first man of Afro-American ethnicity to get appointed in the New Jersey's Glaziers Union local, he knew the importance of education in the black community for progress.

Ever since Lisa was small, she too understood the importance of education, hard work, and willingness to work for the upliftment of her black community. She completed her college education from Seton Hall University with a BA Degree in Communications and strived to gain success in the field of media.

Likewise, she went onto become a member of the New Jersey-based organization called Diversity Newark, which was active in bringing the member of diverse background together and mentoring the city youth.

Throughout her career, she did political commentary on many high ranking networks such as Bloomberg, NBC, ABC, MTV and prominently Fox News. However, due to her racially charged remarks, she faced a few challenges on the course of her career.

In 2017, Lisa Durden debated host Tucker Carlson LIVE on Fox News regarding a Black lives Matters gathering which prohibited white people from participating. After the debate aired, she was suspended the next day from her teaching position at Essex County College in Newark. Lisa had defended the gathering during the debate by mocking and interrupting Tucker, but the Essex college didn’t refer her controversial appearance at Fox News as the reason behind her termination.

As of now, she is a contributor at Chasing News show titled A Plus Panel.

A resident of New Jersey, Lisa holds American citizenship and has been private about her personal life. It is also unknown if she is married.

Although she was in a shortlived relationship back in 2014, the romance ended after she discovered her boyfriend was a drug addict. Maybe, she is better off without a junkie as her partner.

However, she has occasionally joked about her married life, even jokingly calling Chris Tucker as her husband at one point.

In terms of her finance, Lisa Durden receives a salary of more than $50000 a year as a political analyst. She also garners income as a producer from her own production house, Lisa Durden Unlimited Productions.