By LRU Writer | On: December 29, 2019
Liv Tyler is an American actress...starting her career in the entertainment industry at the age of...born on 1 July...three half-siblings...made her film debut with... achieved major commercial success...movie was a global phenomenon...married Royston...spokesperson for... net worth is reported to be... 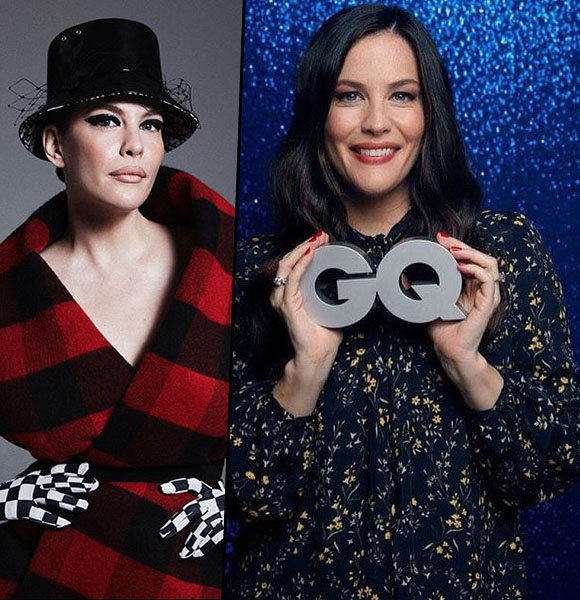 Liv Tyler is an American actress best known for her portrayal of Arwen Undomiel in The Lord of the Rings trilogy.

Initially starting her career in the entertainment industry at the age of 14 as a model, she has now become one of the most successful and loved actresses of her generation.

She was raised by her mother Bebe and her boyfriend Todd Rundgren, who had also given Liv her name. The Lord of the Rings actress has three half-siblings, Mia Tyler, Chelsea Tyler, and Taj Monroe Tallarico.

Liv married Royston Langdon on 25th March 2003. Together, she and her then-husband had a son named Milo William Langdon (born 14 December 2004). Unfortunately, their marriage ended on 10th October 2009.

Liv spent the next few years of her life taking care of her son. Her friend Kate Moss introduced her to David Gardner, a famous sports agent. Liv and David started dating and had a son Sailor Gene Gardner in 2015 and a daughter Lula Rose Gardner in 2016. The couple got engaged in 2015 but probably won’t be tying the knot anytime soon.

Liv began modeling at the age of 14. After her pictures were published in Interview Magazine, she got the opportunity to work in commercials.  She made her appearance on the video of Aerosmith’s Crazy in 1993.

The next year in 1994, Liv made her film debut with Silent Fall. She then went on to play in Empire Records, a comedy-drama in 1995. Later, she played in a few more movies and in 1998, the movie Armageddon.

In 2001, The Lord of the Rings: The Fellowship of the Ring was released. The movie was a global phenomenon and took the movie world by storm. Liv’s role as a Peredhil (half-elven) in the movie won the hearts of movie fans around the world and became her signature work.

Continuing the legendary saga, she appeared in the 2nd and 3rd parts of the trilogy as well. Her other notable works are The Incredible Hulk, Ad Astra, and Harlots.

Liv has had a very successful career. Having played in more than 25 movies and starred in three television productions, she has definitely earned a lot. She has also voiced for Betty in The Incredible Hulk game.

In addition to acting, she has also worked as the spokesperson for Givenchy’s fragrance and cosmetic line. The stunning actress is also the brand ambassador for Triumph Lingerie and had been a model for global brands such as Visa and Pantene.

Liv Tyler's net worth is reported to be $20 million.