By LRU Writer | On: November 15, 2019
Khloe Terae is quite a popular figure in the...In 2013 she was declared as Playmate of The Month in...Being quite an attractive and charming lady, Khloe is sure to gain the...Well, Khloe has yet to address her dating...Going on to the details of her early life, baby Khloe was born to... model is assumed to have acquired a sum between... 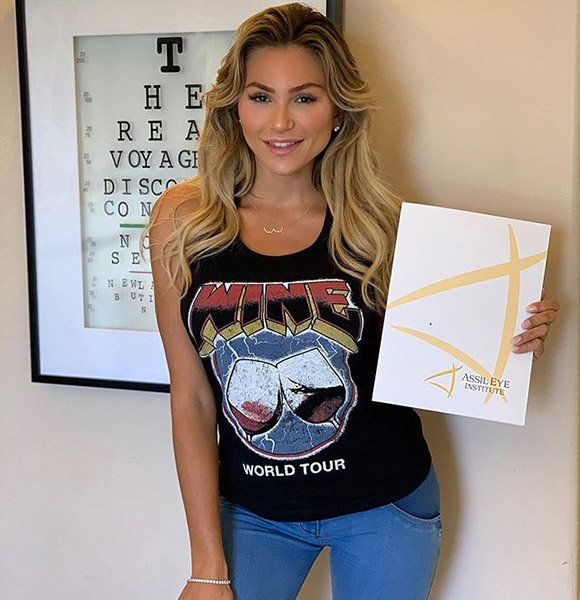 Khloe Terae is quite a popular figure in the glamour industry. Buxom and shapely in proportions, the beautiful blonde has been named plenty of times in her career. Her modeling career began at the age of 18, and since then, she has been climbing the road to success.

In 2013 she was declared as "Playmate of The Month" in Mexico, South Africa. In the consecutive years, she was also named "Playboy Cyber Girl" of the month in January 2014 and Cyber Girl of the Year in 2015.

Khloe's popularity as a model can easily be seen through her Instagram handle, where she has amassed more than 2.3 million followers.

What's Up With Khloe's Dating Life?

Being quite an attractive and charming lady, Khloe is sure to gain the attention of numerous men.

In 2019, she is gaining popularity as well through her dating life. Linked with non-other than Kris Humphries, ex-husband to American media personality Kim Kardashian.

You May Like :- Anne de Paula Boyfriend, Family, Net Worth

According to reports, the 34-year-old athlete met the 26-year-old gorgeous blonde on 10 April 2019 at Butter Nails in Los Angeles, California. Just in December 2018, Kris was spotted with a mystery blonde woman. The reported date in 2019, however, remains inconclusive. The source of the news verified that the man was Kris but could not identify the blonde as Khloe Terae. Also the fact around the same time, Kris was also rumored to have been flirting with Kim Kardashian's BFF Larsa Pippen.

Well, Khloe has yet to address her dating rumors, and so does Kris. Summing up, it seems Khloe is single at least publicly, privately not much is known if she is hiding a boyfriend or a romantic relation with Kris.

Going on to the details of her early life, baby Khloe was born to AC Milan fan dad and Versace model mom Meika Terae on 7 May 1993. She has plenty of siblings, all brothers, Seth, Jeffrey, James, and Keaton.

The family was raised in Toronto, Ontario, Canada. From her father and mother, she shares an Italian heritage.

According to her, she had always wanted to step into the modeling world. Her mother, as a professional model, had a significant impact on her career choices. She states that she started modeling when she was just at the age of three, wanting to follow in her mother's footsteps.

Her Net Worth & Height

The Canadian model is quite popular in her industry. Quite bold and not even shy from a nude photographic session, Khloe loves being a sex symbol. Modeling for her pleasure and others, she is quite the alluring model in the industry.

With a total of seen times Playmate title under her belt, Khloe is shining in the glamour world.

Through her endeavors, she is earning a very nice sum. From social media alone, she is estimated to earn $20,000 from sponsored posts. In a complete number, the 5 feet 8 inches (1.73 m) model is assumed to have acquired a sum between $2 million to $5 million.