By LRU Writer | On: September 12, 2019
Lori Goldstein has made a prominent impact in the fashion industry from the television shopping network... has worked with famous photographers and designers like...really cared much about staying in a relationship until she lived her...apartment is full of masterpieces and the furniture are...parents also supported her in artistic works which brought forward... 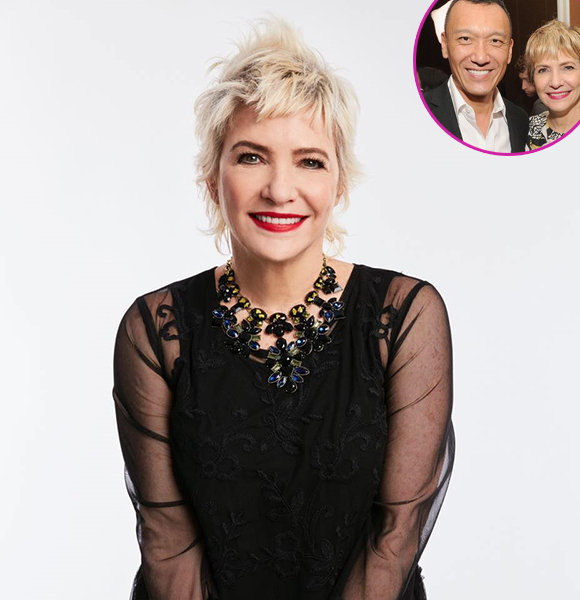 Bringing a new style statement in the market with her clothing line LOGO, Lori Goldstein has made a noticeable impact on the fashion industry.

With the skills to change even the weirdest piece of clothing to a top-class designer outfit, the fashion icon is a class apart with her expertise and knowledge of fashion.

After the massive success of LOGO in 2009, she has worked with famous photographers and designers like Annie Leibovitz, Steven Meisel, Donatella Versace, and Vera Wang, to implement creative ideas and aesthetics.

As of now, she is still active in the fashion industry and is also a source of inspiration to many young designers.

Life has provided Lori the success that everyone is craving to have. But, she is yet to have a partner - who can hold her hand through the incredible journey of life.

Previously, she had a boyfriend in school at the age of 17 but did not like him much. Her only aim in life was leaving Ohio to pursue a career in fashion. She never really cared much about staying in a relationship until she lived her dream.

Now, at the peak of her career, she is enjoying the fruits of hard works. While the stylist's brother is often confused as her husband, Lori is yet to get married in real life.

Only time will tell if she will have a husband in the future or remain unattached.

Lori was born as the daughter of Howie and Marcia on 1 August 1956. She grew up with three siblings: Marla, Vicki, and Eric, in a family of six.

Ever since her high school days, the clothes lover had her eyes set on fashion. Her parents also supported her in artistic works which brought forward her career decision. Soon, she moved to LA and started working as a stylist. Later in 2009, while working with some photographer friends, the 63-year-old launched her clothing line for QVC. Lori's entrepreneurship brilliance pushed her to new heights of success. As of now, her business is flourishing and getting worldwide recognition.

Lori Goldstein rests on the top of the pile amongst some highly valued names in fashion. Bringing alive her artistic creations into work, the stylist turned designer created a fortune selling clothes in QVC.

One of the most accessible examples of her unprecedented success is her lavish Chelsea house which has close resemblances to her works. The large apartment is full of masterpieces, and the furniture are also out of the world.

Considering her massive pay of $113,813 and net worth of millions, it is no surprise that the fashionista can afford such an overwhelming lifestyle. With a new collection launched in 2019, there is still much fortune waiting in the path for Lori.