Hero Fiennes Tiffin No Longer Starred As Main Character In The After Series? A Look Into His Professional And Private Life

By LRU Writer | On: July 04, 2021
Hero Fiennes Tiffin is a raising household name in the...has hinted that he is not gay with his on-screen chemistry with co-actor...made the character of Tom Riddle in Harry Potter and the Half-Blood Prince his own and caught the eye of...was in his first main role as Hardin Scott in the romantic movie... 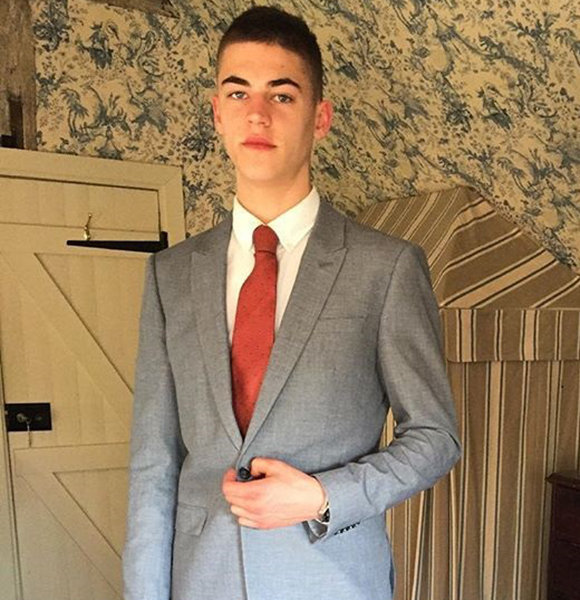 English star Hero Fiennes Tiffin and his co-star Josephine Langford famous for their on-screen chemistry as Hardin Scott and Tessa Young in the movie After, won’t be returning to the screen for the prequel and next-generation sequel.

According to Teen Vogue, the movie will now feature Hardin’s past in the prequel consisting of his younger self, and the next-generation sequel will expand the After universe through the story revolving around Tessa and Hardin’s children.

After Universe Keeps Getting Bigger And Bigger

After and its three succeeding movies- After We Fell, After We Collided, and After Ever Happy revolves around the love story of the main characters Hardin, played by Hero Fiennes Tiffin, and Tessa, played by Josephine Langford.

Director Castille Landon joined the After series team for its second and third movies, and now she will be the one writing and directing the upcoming prequel and next-gen sequel. She stated-

“The After universe just keeps expanding…The fandom, and how excited they are and their input, it really does inspire us all as creators every single day…”

The prequel will consist of young Hardin which will be reprised by another actor. Similarly, the sequel will show Tessa and Hardin as the side characters of the movie without the original main cast- Tiffin and Lanford.

After his breakthrough with the movie After, the London native became a familiar name amongst young fans worldwide, which ultimately raised questions regarding his dating life.

While many are eager to explore Tiffin’s love life, some wondered if he was secretly gay. But, the actor has not touched anything regarding the rumors so, we can consider them as baseless rumors.

Further, Hero is also secretive about his dating life which has raised several eyebrows regarding his sexuality. Apart from his gay rumors, Tiffin was also part of the gossips, which claimed him dating his on-screen girlfriend, Josephine Langford. But, the pair are only friends in real life. Further, the actor mentioned in April 2019 that he was single. However, with his growing craze, Hero's dating status might change soon.

Hero Fiennes Tiffin was born in London, UK, on 6 November 1997. Belonging to the Twisleton-Wykeham-Fiennes family, the acting genes was always there in him.

Growing up, the actor was accompanied by an older brother- Titan Nathaniel, and a younger sister- Mercy Jini Willow.

Coming from a family deeply involved in filmography, the London native won many hearts starring in the film Bigga Than Ben at the age of 11.

Standing at the height of 6 feet 2 inches (1.88m), the actor starred in some highly-acclaimed movies and TV shows like Harry Potter and the Half-Blood Prince, The Tunnel, Private Peaceful, Possession with Intent to Supply, Safe and also went onto modeling for Storm Models.

In a snap of a finger, the youngster became the next big thing in the entertainment film. He also won the Choice Drama Movie Actor award and the Teen Choice Award for his character in After.

As an established actor, Hero surely has accumulated a net worth reaching up to millions under his name.