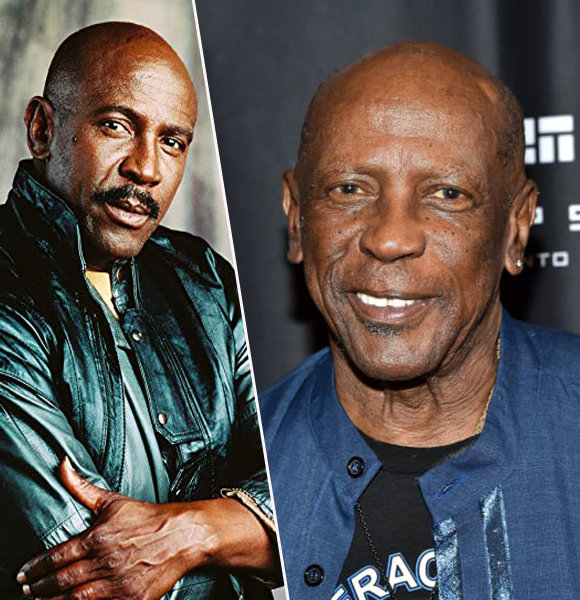 American actor Louis Gossett Jr. is best known for his Oscar-award-winning performance as Gunnery Sergeant Emil Foley in the movie, 'An Officer and a Gentleman' (1982). He is one of the most well-respected actors of his time.

Apart from the star's amazing career, the fandom is curious about the actor's romantic life with his wife.

Besides his illustrious career in acting and cinema, he is also an accomplished writer, producer, and director.

Louis Gossett Jr. Has a Wife?

Louis has been married thrice. His first wife is Hattie Glascoe, whom he married in August 1964. Unfortunately, their marriage didn’t last long, and the former husband and wife divorced less than five months later their marriage.

Louis spent the next few years alone. Eventually, he started dating his second wife, Christina Mangosing, whom he married on 21st August 1973. They had a son, Satie Gossett, in 1974.

While the couple welcomed a child into the world, their relationship did not last long. The Academy Award winner and his second wife got divorced in 1975.

Louis remarried Star Search champion of 1983 Cyndi James-Reese on 25th December 1987. Though he didn’t have a child with Cyndi, the two did adopt a son, Sharron Gossett (born 1977). Among the three of Louis’ marriages, the third was the one that lasted the longest. He split with his ex-wife Cyndi in 1992 after five years of marriage.

Louis Gossett Jr.’s eldest son, Satie Gossett, is a writer, director, and producer. He is best known for his short film, 'Jewtholic.' He has written and directed six short films, all of which have been screened at different film festivals.

His works have also been distributed worldwide. For example, his documentary, 'American Addict 2,' is available on Amazon Prime.

As for Louis’ second son, Sharron, he mostly remains away from the media's limelight, with little information about him.

Adding on, Louis was also diagnosed with prostate cancer in 2010.

Talking about his net worth, Louis has a raving net worth of $5 Million, as reported by Celebrity Net Worth.

He sold his Malibu House for $3,250,000 in October 2018. The property has 2,180 square feet of living space, three bedrooms, two bathrooms, a fountain, a swimming pool, a courtyard, and an attached garage.

Louis began his acting career by playing the role of Spencer Scott in Broadway's 'Take a Giant Step.' He was just 17 at the time. The New York Times drama critics selected the play as one of the year's ten best shows.

He then played in Broadway’s A Raisin in the Sun (1959) and The Blacks (1961), which became the longest-running off-Broadway play of the decade.

He has won an Oscar, Emmy, and a Golden Globe Award.

The actor continued his work, but it wasn’t until 1977 when he won an Emmy Award for his role of Fiddler in the TV miniseries 'Roots,' that boosted his popularity.

He also won an Academy Award for Best Supporting Actor for his role in 'An Officer' and 'A Gentleman.'

This May Interest You: 90th Academy Awards: 2018 Nominees And Winners – Complete List!

In his 60-plus years of career, he has also dabbled in narration and voice acting. His latest work is the American drama superhero television series, HBO’s 'Watchmen' (2019).

Louis plays the role of William Reeves, one of the main characters whose hidden identity is that of Hooded Justice, a vigilante.