By LRU Writer | On: September 24, 2019
The SBS soccer presenter Lucy Zelic’s alleged offensive comment about Adelaide... She said in the tweet that... she has a happy life of a long term relationship with boyfriend... pronounced husband and wife... her total net worth is... 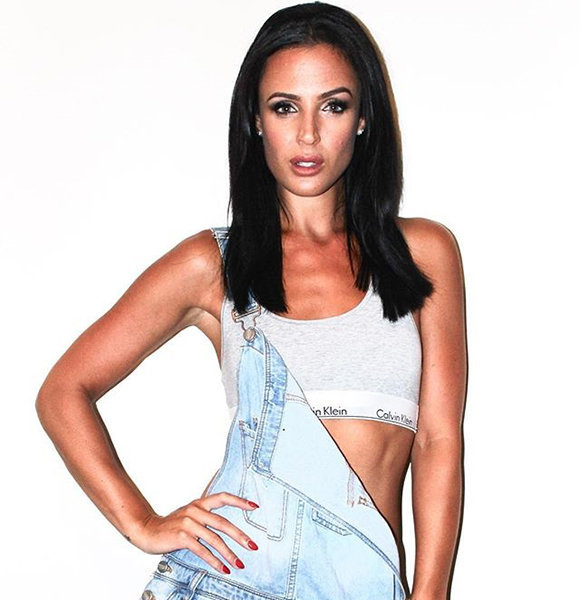 SBS soccer presenter Lucy Zelic’s alleged offensive comment about Adelaide on 24 September 2019 made quite the headlines. While interviewing A-League player Ziggy Gordon on-air, she mentioned about not liking Adelaide and called the place dull and boring. Naturally, people were widely surprised at Lucy's asperse comments.

Adelaidians did not take it lightly and went on Twitter to point out where the Australian TV presenter went wrong. However, the next day, Lucy took to Twitter apologize.

But, who exactly is Lucy Zelic? Read below to find out.

No, the TV show host is not married yet. But, she boasts long term relationship with boyfriend Corey Gameiro- Brisbane Roar star.

The lovebirds first met on the job and were professional acquaintances for years. But, things changed after Lucy came back from covering the 2018 World Cup in Russia in May 2018. The pair's relationship blossomed into a romantic affair.

Soon, the pair conceived their first child. And, the mother-to-be took to Instagram to share the news in November 2018. She and her partner Corey Gameiro posted photos of their newborn on Instagram welcoming the product of their love into this world.

While Lucy already boasts a happy family, she has not disclosed her desire to turn her boyfriend into a husband or having more children.

But, judging from the happiness she has felt in 2018 and 2019, the good news may be just right up the corner.

Lucy Zelic, who is of age thirty-two, celebrates her birthday on 4 November. Her parents, who immigrated from Croatia, raised Lucy with an older brother Ivan Zelic in Canberra.

She studied Journalism and Sports business. And, while she was studying, she also became a Miss Universe Australian finalist in 2007 which became her media debut.

Then, she started her career as a presenter on Canberra local radio, hosting 2XX FM's football show The Far Post.

But, things changed for her when she became a sideline reporter for SBS’s Friday night coverage of the A-League and sports TV segment presenter for SBS World News Australia. The exposure led her to become one of the most renowned TV sports presenters in Australia.

Later, she started hosting her popular weekly soccer program, The World Game in 2014. Further, she reached the height of fame and her career when she went to Russia to cover the World Cup 2018 for SBS.

Considering her successful career, one can assume her total net worth is quite the figure.

Though an average salary of a TV presenter in Australia is around $60K, Lucy probably earns much more than the average sum.