By LRU Writer | On: December 13, 2019
American actor Luke Benward is best known for...appeared in movies and TV shows like...has sparked dating rumors with...night out was filled with PDAs...have shared the same group of friends for years...has had a fair share of romance...started dating actress...had first met on the sets of...relationship did not last long and the two eventually parted ways...also dated British actress... 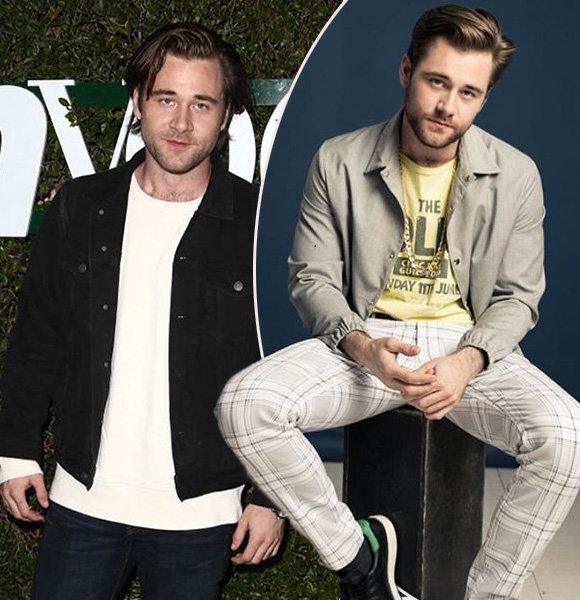 But more recently, Luke has been gaining massive attention because of interesting development in his personal life. Read on to find out more.

Luke Benward has sparked dating rumors with Modern Family star Ariel Winter. On 12th December 2019, the two were spotted leaving a popular Los Angeles restaurant together. And apparently, their night out was filled with PDAs.

Before that, the two were also spotted together on 8th December with a group of friends. Well, Luke and Ariel's romance is sure a piece of news. However, it's not exactly a surprise. The two actors have shared the same group of friends for years and also spent a vacation together as friends in 2017.

It seems like things developed for Luke and Ariel, after her split from her ex-boyfriend. Previously, Ariel was in a relationship with The Killing actor Levi Meaden for three years. The two had recently parted ways in October 2019.

More About Ariel Winter's Ex Levi Meaden:- 5 Things About Levi Meaden You Should Know! His Age, Romance With Girlfriend And Rumors Surrounding Him

However, an actual confirmation about their new romance is yet to come from both Luke or Ariel. Still, from their coziness displayed on 12th December, it's pretty apparent that the two are actually an item.

Luke Benward is, without a doubt, a handsome man. He has had a fair share of romance in his life.

In 2012, Luke started dating actress Olivia Holt. The actor duo had first met on the sets of Disney Movie Girl Vs. Monster and they were very open about their relationship. Despite all that, the relationship did not last long, and the two eventually parted ways in the mid of 2014.

More On Luke And Olivia's Relationship:- What Happened to Luke Benward's Dating Affair With Olivia Holt? Too Busy for A Girlfriend?