By LRU Writer | On: August 21, 2019
Luke Voit was full of high hopes with his new haircut and eager energy to showcase what he can deliver in the...was on the cliff for some time, his love life has been nothing short of a...attended the same high school and college where Luke was staring his... was selected in the 665 overall by the Cardinals in...was traded to Yankee in 2018 for a short time to return back to the Cardinals roster as a... 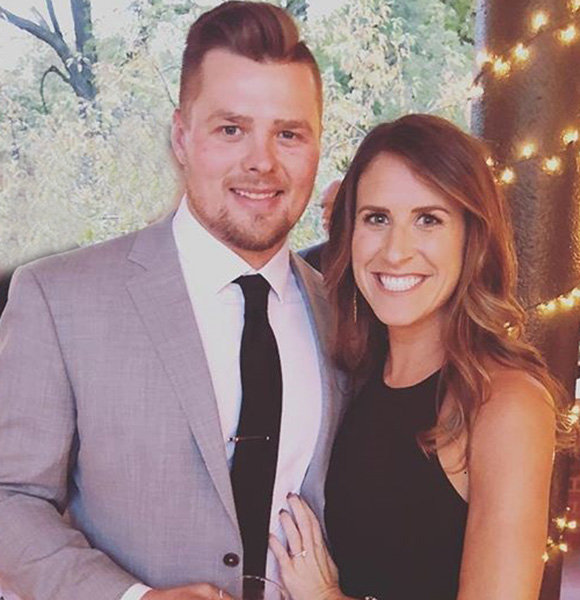 Luke Voit joined New York Yankees lineup in 2019 after a year-long set back with the St.Louis Cardinals. Facing a disappointing season with the St. Louis, the hard hitter was on the lowest of his career, playing just eight games in the 2018 season and averaging .182.

Now, with a high spirit and boasting a new haircut, Luke is looking to redeem himself with Yankees.

While Luke Voit's baseball career saw testing times, his love life has been nothing short of a fairy tale. Yankees' first baseman is well and truly in love with his partner, Tori Rigman.

The batsman and his girlfriend met in 2015. They attended the same school; Lafayette High School. Interestingly, Luke was in the baseball team, and Tori was a cheerleader for the school team. As days passed by, their bond grew stronger. And, the couple got engaged -after four months of his draft in the MLB- in October 2017.

Fast forward to December 2018, the couple got married in a lovely wedding ceremony, among close family and friends. The couple continues to flaunt their love on social media and appear together in sporting events.

As a teenager, the baseball rookie's height of 6 feet 3 inches (1.9 m) and weight of 102kg helped him enter the baseball team. After much hard work and dedication, the star was selected in the 665 overall by the Cardinals in 2017.

In his three-season in the MLB, the 28-year-old batsman has played a total of 203 games with 38 home runs and 108 making him one of the most destructive batsmen in the whole league.

Since, his draft in 2013 with the St. Louis Cardinals, Luke Voit was a frequent swap between the St.Louis and New York Yankees after every MLB season.

In 2017, on his first outing with the Cardinals, the hard-hitting batsman played 62 games and came at-bats for 114 times landing 28 hits including four home runs.

Despite putting impressive performances on the table, the Cardinals man was traded to Yankees in 2018 for a short time. Although he returned to the Cardinals roster, he spent his time on the bench.

Now, Luke is vying for a comeback with Yankees as he has signed a one-year contract with the base salary of $573,200. With a fresh start to his career, Luke is looking to make the most out of his role and amass a huge net worth.