By LRU Writer | On: August 20, 2019
Josh Donaldson split from his wife prospect in...girlfriend's insta caption fueled married rumors in...turned 33 years of age in...hailed from a broken family of...penned a one-year contract worth...boasts a net worth of...summons height and weight of... 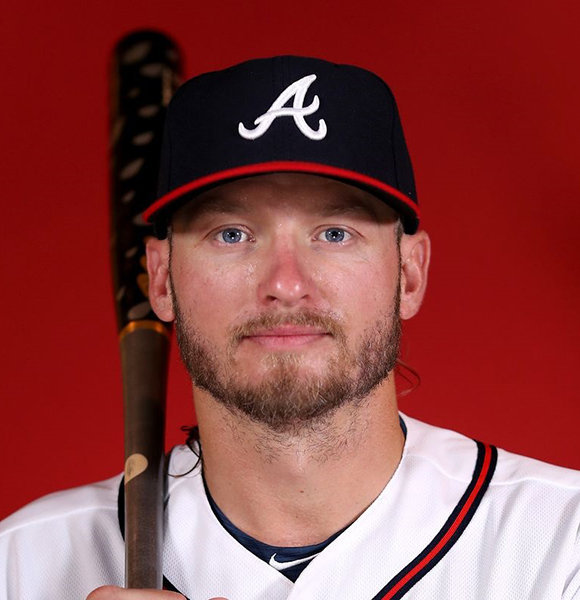 After much thought and consideration, Josh made most of his free agency and signed with Atlanta Braves. In November 2018, he penned a one-year contract worth $23 million with the Atlanta-based MLB franchise.

Back in January 2018, Josh avoided salary negotiation by penning the exact contract ($23 million per year) with Toronto Blue Jays.

From MLB:- Find Out Richard Giannotti Salary & Net Worth, Plus Get His Married Life & Wife Details

Given his performances with Oakland Athletics and later with the Jays, Josh's net worth should easily cross the eight-figure threshold. His endorsement deals with sports brands should further solidify his net wealth.

A woman's fantasy, Josh was once in a longterm romance with Jillian Rose. The former Toronto Blue Jays player and his former girlfriend Jillian dated from 2013 to 2016.

Following the split from his once-wife prospect Jillian, Josh began dating Briana Miller. In January 2017, Briana confirmed the relationship by sharing a photo of the two on Instagram.

Ten months into the romance, reports began to surface that Josh got caught cheating on his girlfriend Briana with reporter Jackie Redmond. In December 2017, his wife-hopeful Briana put the breakup rumors to bed by wishing the MLB star on his birthday. Returning to social media on 25th January 2019 after a lengthy break, Briana acknowledged their relationship as "not always perfect." With such rave caption, fans couldn't help but speculate that the pair might have married in secret.

By all means, 33-year-old Josh is an accomplished MLB athlete. His three-time All-Star appearance and the league's MVP win in 2015 stand as a proof. The former Toronto Blue Jays player has come a long way from his disastrous childhood.

Josh's parents had divorced when he was just a kid. Between the age of three and five, he witnessed his father Levon Donaldson impose domestic violence upon his mom Lisa French. For his crime, Levon served 15 years in a jail sentence.

With dad in prison, Josh turned to other family members (uncles, to be more specific) to guide him. He eventually learned to channel his teenage angst through sports.

While a senior at Faith Academy, Josh excelled in football, basketball, and baseball. It wasn't until his stint at Auburn University that he decided to pursue a career in baseball.