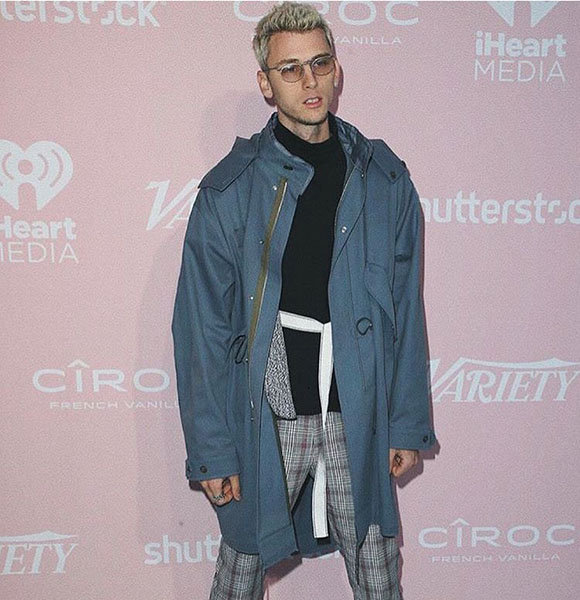 He is best known for his singles like Wild Boy, Invincible, Stereo, and Holds On (Shut Up) to name a few.

The couple reportedly walked out of the club together but got into separate cars.

Further, as per the reports, MGK's vehicle followed Demi's to the pop star's condo and stayed in all night.

As of now, representatives for both the stars have not commented on their relationship. The stars have been friends for a long time. They have also hung out in the past and were photographed together back in 2017 at an event in LA.

At the beginning of 2020, Machine Gun Kelly was also linked to singer Noah Cyrus.

The two created quite some heat at Grammy after-party in January 2020. Apparently, they were holding hands and posing for pictures together. Even before their Grammy stint, the couple was reportedly together on Noah's birthday on 8th January 2020, and the 2020's New Year celebration

In 2018, the No Limits rapper created rumors with Halsey, who had just ended things with G-Easy. But those rumors ended up being baseless as both of them denied the dating rumors.

Before Halsey, MGK also sparked some rumors with hotel heiress Paris Hilton at the beginning of 2018. The two were seen cozying up at an event for Tings magazine in L.A. However the rumors eventually died out after neither of them commented on the relationship.

Apart from those rumored relationships, MGK also dated model Amber Rose for a brief time in 2015.

Machine Gun Kelly is a father to his daughter, Casie Colson Baker, with his ex-girlfriend, Emma Cannon.

Born to missionary parents, he spent his early childhood in various places like Egypt, Germany, and all over the United States, where his parents were deployed.

On top of having to move around constantly as a child, tragedy fell on him, when his mother left his father and him. After that, his father suffered from depression and unemployment.

At that moment, to find solace from his family troubles, Richard turned to rap music and eventually became Machine Gun Kelly.