By LRU Writer | On: March 03, 2021
Mackenzie Dern was age three when she started...she was engaged to boyfriend...became pregnant with her baby in...is married to... is blessed with a height of...boasts a net worth of... 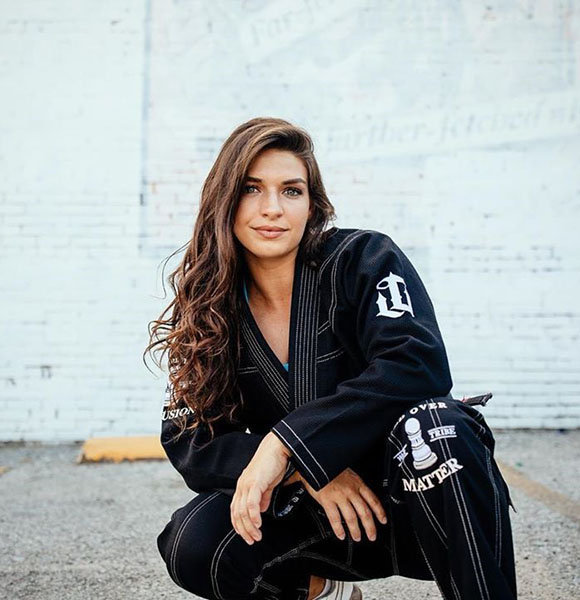 Mackenzie Dern was age three when she started practicing basic Brazilian jiu-jitsu moves. Her father Wellington "Megaton" Dias, a reputed jiu-jitsu practitioner, was the one who put little Mackenzie into work.

Well, her old man’s move worked as she emerged as the number one ranked female in Brazilian jiu-jitsu, with a black belt. Continuing in the path of success, she made her mixed martial arts debut in 2016.

Dating Mackenzie can be tricky as the athlete has killer moves in the literal sense. However, boys seem to fall for her fighter persona as she has an eventful dating history.

Mackenzie was once engaged to boyfriend Augusto Tanquinho Mendes - a jiu-jitsu player by profession. Together, the two were called the power couple of the sport. Sadly, Mackenzie parted ways with her athlete fiance’ in 2016.

Fast forward to 2017; the world champ gave love another chance as she began dating Buchecha in 2017. Like her former boyfriend, the new flame also played jiu-jitsu. But, the affair didn’t last long as the pair eventually ended their romance.

Happiness came knocking at Mackenzie’s door when she met the love of her life, Wesley Santos, who is a professional surfer. The athlete took no time to geet married to her Brazillian boyfriend.

Well, the pair's happiness even doubled when the MMA fighter got pregnant with the couple's first baby. She announced the joyous news via Instagram on 22nd February 2019. Shortly after the good news, Mackenzie mentioned her will to return to MMA after giving birth to her child, during an interview in March 2019. The bold Mackenzie was blessed with a baby girl named Moa on 9th June 2019. As of now, she continues to share about her little Munchkin to the world via Instagram posts.

Mackenzie is blessed with a height of 5 feet 4 inches (1.6 m) and a complementing weight of 52 kgs.

Talking about her family, Mackenzie comes from a blended brood. Her Brazilian father, Wellington and American mother separated soon after her birth.

After the debacle, Mackenzie’s dad moved on with fellow jiu-jitsu champ, Luka Dias. The couple got married, which led to Luka being actively involved in her step daughter’s life. It was her father and step- mother’s training from a young age which led Mackenzie to follow the athletic path, she took.

Well, all three of her parents must be proud of their daughter's career. Along with training and guidance from her guardians, she got blessed with Brazilian-American ethnicity.

Now, as a busy MMA fighter, Mackenzie earns a salary of $34,000 with expected lifetime earnings of $1,419,432. Her earnings add to her increasing net worth.