Who is Maddie Ziegler Dating? What is She Doing Now?

By LRU Writer | On: November 14, 2019
The same stands true for the dancer Maddie Ziegler, who became a...teenage star was listed in ’30 most influential teen’ by Time magazine for the consecutive years...Maddie has been dating jazz legend Stevie Wonder’s...is the eldest child of Reality TV star...Maddie is reaching new heights in her diverse career... 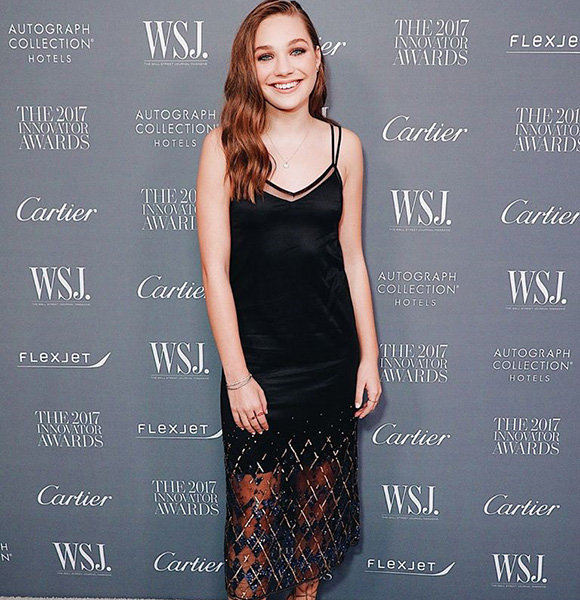 Not everyone becomes aware of their talents at a very young age. But, fortunately, those who discover their skills early wow the world and their heart by achieving stardom.

The same stands true for the dancer Maddie Ziegler, who became a child star primarily through the television shows Live to Dance at age eight and Lifetime’s Dance Moms at age 9. She starred with her mom in Dance Moms, where she stood out as the top performer.

Maddie also appeared as a guest star in TV programs such as Abby’s Ultimate Dance Competition.

The teenage star was listed in the ’30 Most Influential Teen’ by Time magazine for the consecutive years, 2015 and 2016.

Maddie’s impressive flexibility landed her in six music videos of Australian singer Sia, including Chandelier and Elastic Heart. She even became the youngest person ever to judge So You Think You Can Dance.

Further, her majestic resume includes her acting career in several TV shows, such as ABC Family’s Pretty Little Liars as well as big-screen movies, such as The Book of Henry. In addition to her acting career, she also voiced the character Camille in the animated film, Ballerina.

Furthermore, she had modeled for top brands like Ralph Lauren and Clean & Clear. Besides, she has also accomplished as a writer as she released her third book, The Competition, on 30th October 2019, after gaining popularity through her second, The Callback.

The nominee of the 2019 Teen Choice Awards for Choice Female Web Star starred in a film directed by Sia titled Music. In addition, Maddie is also on tour with her younger sister Mackenzie as announced on their Instagram with the post,

"We’re so excited to announce that we’re heading to the UK for a new tour! Whether you’re a dancer or not, come and join me and @kenzie in a show that will get your heart pumping."

Even more, the Ziegler sisters have also put merchandise online, such as hoodies, long sleeves, and even phone cover.

Who Is Maddie Ziegler Dating?

Maddie has been dating jazz legend Stevie Wonder’s son, Kailand Morris, after meeting on DWTS Juniors. The couple seemed inseparable since they met. Even though Maddie and Kailand have not confirmed anything, both are spotted multiple times in the public and each other’s social media since late 2018.

Before Kailand, she dated Instagram star Jack Kelly from 2017 till mid-2018. Although her early career was controversy-free, she had a celebrity crush on Zac Efron.

Maddie, born on 30th September 2002 as Madison Nicole Ziegler, is the eldest child of reality TV star Melissa Ziegler-Gisoni and Kurt Ziegler. She has a younger sister named Mackenzie Ziegler, another prodigy dancer and actress of Lifetime’s Dance Moms.

Maddie is reaching new heights in her diverse career, and so far (as of 2019), has accumulated an estimated net worth of $5 million.