By LRU Writer | On: August 14, 2019
American dancer and actress...was raised by two...rose to fame with the TV series Hit The floor...has also made appearances on Grey's Anatomy...was previously dating actor..at Sundance Film festival in Park City, Utah.in early 2019, Taylour and Jessie confirmed their relationship in May 2019... 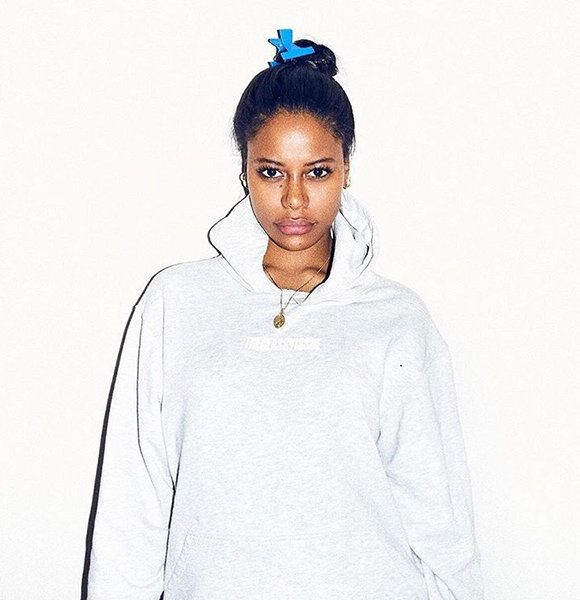 Taylour Paige is American dancer and actress known for her role in the 2013 hit TV show, Hit the Floor. The show revolved around Taylour’s character, Ahsha Hayes.

With the three years of run time - from 2013 to 2016 -, Taylour built a strong foundation in Hollywood as an actress.

Born on the 5th of October 1990, Taylour Paige hails from Santa Monica, California, the U.S.

While nothing is known about her background, the dancer did grow up with two African-American parents and an older brother named Travis Paige in Inglewood.

As for her education, Taylour attended the St. Bernard Catholic High School and Loyola Marymount University. Later, she took dancing classes from the Westside Ballet Academy in Venice.

Furthermore, she honed her skills at the Kirov Academy of Ballet, Washington DC. Belonging to the mixed ethnicity, Taylour boasts a fantastic height of 5 feet 5 inches (1.65m).

Is Taylour Dating Anyone? Husband-To-Be?

Taylour has had her fair share in failed romances. In the past, the dancer was in a relationship with the actor, Mark Rodriguez. Taylour and Mark started seeing each other in 2014. They made regular appearances on each other's social media.

Just after a year, in 2014, the couple broke up. Since then, the posts on their Instagram has been deleted, but the ones on Twitter are still up.

Moving on from the past, the actress has now been getting cozy with a new man. And, he is none other than fellow Grey’s Anatomy’s co-star Jesse Williams.

Suspected to be a thing ever since their outing at Sundance Film Festival in Park City, Utah in early 2019, Taylour and Jessie confirmed their relationship in May 2019. Taylour and Jessie walked the red carpet holding hands at the famed Apollo Theater in Harlem, New York. The couple was there to attend a show where British fashion designer Ozwald Boateng showed off his latest creations.

Neither Taylour nor Jessie made any advancements on the subject of their relationship. The reason may be the ongoing divorce battle between Jessie and his estranged wife, Aryn Drake-Lee.

Before filing for divorce in April 2017, the actor was married for five years.

Taylour stepped in the industry of show biz in 2008 as a featured dancer on the iconic movie High School Musical 3: Senior Year. She then lent her talent to project like Alex in Wonderland: Rehearsing Wonderland and Hit the Floor AfterBuzz TV.

In 2016, Taylour made a guest appearance in the widely acclaimed TV series, Grey's Anatomy as Emma. Following her success, the actress managed to land a recurring role of Angela Manning in 2019 TV series The Baxters.

With a decade in the showbiz, Taylour has certainly made herself known in the entertainment industry. But, Hit the Floor star's net worth and salary are not disclosed to the public yet.