By LRU Writer | On: June 12, 2019
Most athletes/footballers have to wait until their retirement to switch to a career in TV, but not Malik Henry...The young quarterback's career got boosted after he appeared in a football-themed TV show...The show not only helped Malik build a loyal fan base but also created better opportunities for him... 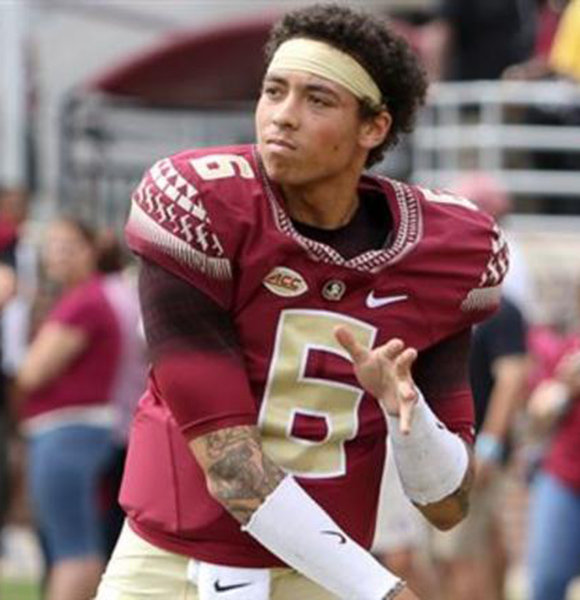 Most athletes/footballers have to wait until their retirement to switch to a career in TV, but not Malik Henry. The young quarterback's career got boosted after he appeared in a football-themed TV show.

The show not only helped Malik build a loyal fan base but, also created better opportunities for him. However, his career journey hasn't been a smooth ride for the young athlete.

Malik was born in California to middle-class parents. A football enthusiast since childhood, he played high school football for three different teams.

He first attended the Oaks Christian school in Westlake Village but, soon made a move to Westlake High School. He later transferred to IMG, however, his stay there was also short-lived.

With his father as his manager, the 20-year-old got a lot of opportunities to prove his skills. Amid all these, he also got a chance to appear in the football-themed American TV series, Last Chance U. The show brought Malik to the nation-wide spotlight, and he became one of the most loved young footballers. However, his career didn't progress much despite the publicity as he struggled to perform in the field. Further, he suffered from depression, which brought his career to a halt for a while.

But, Malik has been making amends with the wrong decisions of the past.

As of now, the former Florida-committed player has made a switch to Nevada for his college career and is affiliated to Nevada Wolf Pack Football.

An athlete has to be in the best of his shape if he wants to play for the entire season. In football, height & weight are also crucial factors besides health. Malik has not only maintained his health, but his enormous size is a serious problem to any defender.

Malik's dating life is a mystery to all his fans as he hasn't been comfortable enough to discuss his relationships publicly. While there are rumors of the California native dating a girlfriend, there are no means to prove those gossips.

Further, he has his dad as his manager. So, Malik must be barred from mentioning any alleged girlfriend or romance to the paparazzi.

It may be a while before the quarterback becomes available to have his say on an ongoing relationship, but until then, fans will have to sit back and wait patiently.