By LRU Writer | On: May 31, 2019
Marc Cota-Robles is a general assignment reporter and fill-in anchor known for ABC...Marc got married to... parents are also superfans like him... the husband-wife duo used to work at the FOX network together... 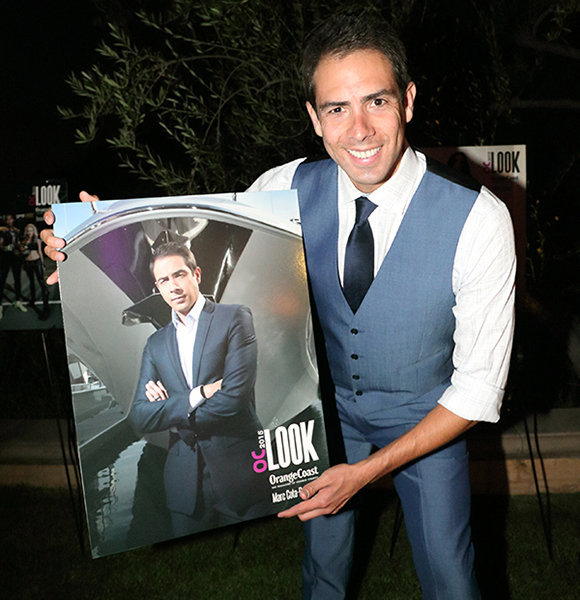 Marc Cota-Robles is a general assignment reporter and fill-in anchor known for ABC7 Eyewitness News. He started his career at KVII-TV in Amarillo with the role of a morning news anchor.

Marc’s talent doesn’t end at anchoring; he can also shoot and edit his material.

Marc celebrates his birthday on 6th October every year.

Born in Orange County, he went to Chapman University where he received Bachelor's Degree in Broadcast Television Journalism. While his education was towards a career in Journalism, Marc didn’t jump right into anchoring.

In the past, he used to drive open-wheel race cars and competed in the Star Mazda National Championship. Although he left the profession, his love for motorcars didn’t end.

While he enjoys motor racing as an admirer, his career in journalism worked out. He earns a salary of an average $100K - $109K per year.

Marc got married to Jasmine Viel in April 2011. The anchor tied the knots in a lovely ceremony in front of their parents, family, and friends. his wife is an Emmy nominated news reporter. She works at CBS2/KCAL9 in Los Angeles.

Before working at the network, she used to anchor at CBS/FOX evening newscasts in Salinas, CA. Interestingly, the husband-wife duo used to work at the FOX network together.

You May Like:- Deborah Kara Unger Bio, Married, Net Worth

Well, they make a great pair professionally and personally. Marc and his wife were the happiest people on earth when Jasmine became pregnant with the couple’s first child. On 24th September 2018, they hosted the cutest baby shower where the couple found out the gender of the baby. To the couple’s surprise and amazement, their upcoming child was a boy. Fast-forward to 9th November 2018, Camden James was born. While the new parents celebrated the baby’s birth to their heart content, Camden initially gave a shock to the first time expectant mom-dad.

The reason behind the initial hiccup was an emergency C-section delivery. However, everything worked out in the end.

Besides the lovely boy, Marc and his wife are parents to Hayley, a pit bull. The dog even has an Instagram account. Well, the reporter keeps sharing the cutest picture of his whole family, including their pet.

Marc’s cute son and his chemistry with the dog are people’s favorite things on the ABC reporter's Instagram. The admirers cannot help but gush about the cuteness of the little munchkins.