By LRU Writer | On: August 18, 2019
Marcus Smart was a late bloomer busting into the NBA scene, but he had already cemented his name in the eyes of the selectors with overwhelming performances in...was drafted 6th overall in the 2014 NBA Draft by the...defending guard was offered a new four-year contract as a free agent worth... is under a calf injury which saw his sideline in the... 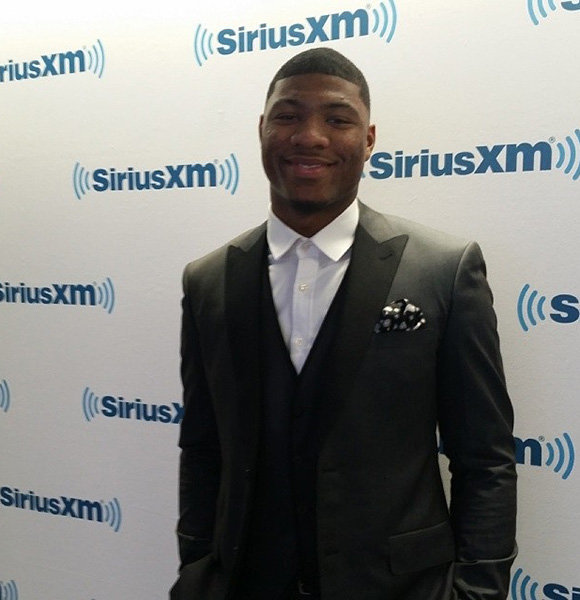 Marcus Smart was a late bloomer busting into the NBA scene. But, he cemented his name in the eyes of the selectors with overwhelming performances in high school and college competitions.

He was a USA gold medalist at the 2013 FIBA World U19 Championship and a two-time State 5A Champion in three seasons at Edward S. Marcus High School.

Boston Celtics guard Marcus Smart is a talented player and has dedicated his whole NBA career playing for the team.

He was drafted 6th overall in the 2014 NBA Draft by the Boston Celtics. Since then, the aggressive athlete has played an instrumental role in setting the pace for the club in the NBA Championships.

Now, that he is back in the Celtics roster, the star guard is sure to continue his usual doing for the club and extend his net worth to even bigger heights.

Born in Lancaster, Texas on 6 March 1994, Marcus Smart is the son of proud parents Camellia Smart and Billy Frank.

His mother married twice; giving birth to Marcus and his older brother Micheal from her marriage to Billy. Camellia also nurtured two sons named Todd and Jeff Westbrook from her former relationship. Growing up, the siblings were raised in a close knot family. Unfortunately, Marcus lost his older brother Todd from cancer, while another sibling was nearly destroyed with cocaine. Despite all the grief, Marcus carried on and joined Edward S. Marcus High School, where he started playing basketball. His 6 feet 4 inches (1.95m) height and 99kgs weight also did the trick for him.

During his three-season, he recorded a 115-6 win leading his high school team to two State 5A Championships. Then, Marcus made a transition to the Oklahoma State Cowboys to play college basketball. There, he received USBWA National Freshman of the Year in 2013.

Being drafted in the NBA in 2014, the star guard did a tremendous job for the Boston Celtics. In 2019, the 25-year-old faced a calf injury which benched him for a while.

Despite a glittering career in the sport of basketball, Marcus Smart’s personal life has always been behind the curtains.

The athlete is focused on playing basketball for Boston and the U.S national team. Due to his hectic schedule, Marcus does not get time to go around dating a girlfriend of his choice.

During the Valentines Day in 2019, he resembled Boston as his first love and expressed his feelings towards the team.