Marie Forleo Is Married & You May Just Know Her Husband! 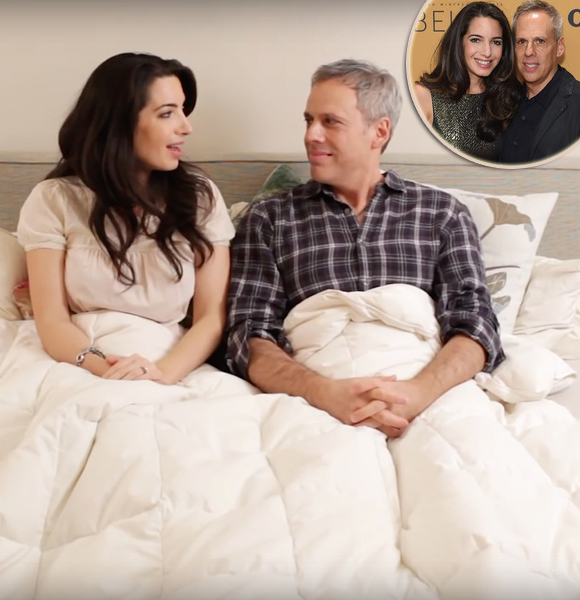 Popular for her motivational videos on YouTube, Marie is one of the famous and successful vloggers who has more than a million subscribers on her YouTube channel.

But what do you know about her personal life? Do you know that this gorgeous YouTube sensation is already married? Who is her husband? Well, if these questions are striking your mind, then I suggest you keep reading!

If you have subscribed to Marie Forleo’s YouTube channel, you must have seen the videos where she introduced her love interest. But if you are still unknown about his identity, we're happy to help.

Marie is now married to an American actor and acting coach, Josh Pais. Although the wedding date remains a mystery, Josh has been appearing in Marie’s video, where she reveals that Josh is not just her life partner but is also a business partner.

In Marie’s YouTube video named “How To Live In The Movement,” published in January 2011, you can see Josh where she introduces him as her fiancé.

Caption: Marie Forleo’s “How To Live In The Movement” with husband Josh Pais was published on January 13, 2011.

Likewise, Maire has shared images of her husband Josh on her Facebook. On September 21, 2014, Marrie shared a picture of her and Josh from Zach Bliss and Jennifer Ferrin’s wedding.

Marie’s success and achievements were impossible without her husband Josh’s effort. We hope that this pair will mount more success in the days to come with each other’s help and support.

A Little More About Forleo

The YouTube sensation Marie was born on December 7, 1975, in New Jersey. She is an entrepreneur who graduated from Seton Hall University with a finance degree in 1997.

Her YouTube channel has more than 370,000 subscribers. In addition to motivational videos, Marie shares videos related to health, hygiene, diets, and workouts. Here is one of her crunch cardio dance class videos from YouTube.

Likewise, Marie has many quotes that inspire many people who believe her as their idol. For example, here is a popular quote of her related to success.

As the owner of MarieTV, Forleo International, and B-School, Marie was interviewed by Tony Robbins, a world-renowned motivational speaker for his Money Masters DVD collection.

She was also invited by Richard Branson to South Africa at his Centre for Entrepreneurship to up-and-coming mentor entrepreneurs. From her prolific career, Marie not only has gained popularity, followers, and respect, but she also enjoys an incredible net worth, which Marie prefers keeping out of the limelight.

Stay with us for more updates regarding the star's upcoming projects!