By LRU Writer | On: January 27, 2020
Marjorie Harvey is the wife of comedian and TV host Steve Harvey...was married to Jim Townsend, a drug dealer, in the past...her parents are...her birthday falls on the 10th of October...bio including height and weight are given below...she has four step-children and 3 children of her own...with her ex-husband...owns a net worth of around $50 million... 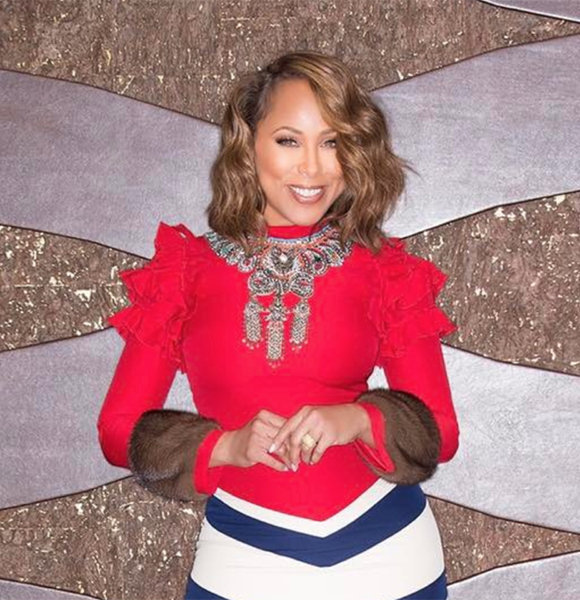 Marjorie Elaine Harvey is famous as an Instagram influencer, socialite, and fashion star. She is the creator of the famous blog, The Lady Loves Couture. She also owns and runs other fashion websites such as Marjorie Harvey’s Closet and Marjorie Harvey’s Handbags.

Apart from being an internet personality, she is also famous for being a celebrity wife. Marjorie is the wife of comedian and star TV host Steve Harvey.

Marjorie has known Steve for a long time – 28 years to be specific. The couple first came across each other at a comedy club in Memphis, Tennessee in 1990. Steve, in a later interview, revealed that following were the first words he spoke to Marjorie:

I don’t know who you are but I’m going to marry you.

And the feeling was mutual as Marjorie, too, revealed that she realized Steve was the one for her. She said:

I knew he was the one shortly after I began dating him… but then he just disappeared.

However, their relationship didn’t continue then as they broke up. They went their separate ways, and Steve went on to marry two times before Marjorie came back to his life.

About Steve's Past Relationships:- Marcia Harvey Faced Divorce After Husband Steve Harvey; What Caused The Married Life To Fall Apart?

Marjorie got back together with Steve, shortly after his second divorce, in 2005. They began the second stint of their relationship by being friends. Then, the relationship progressed, they started dating again and got married after two years. 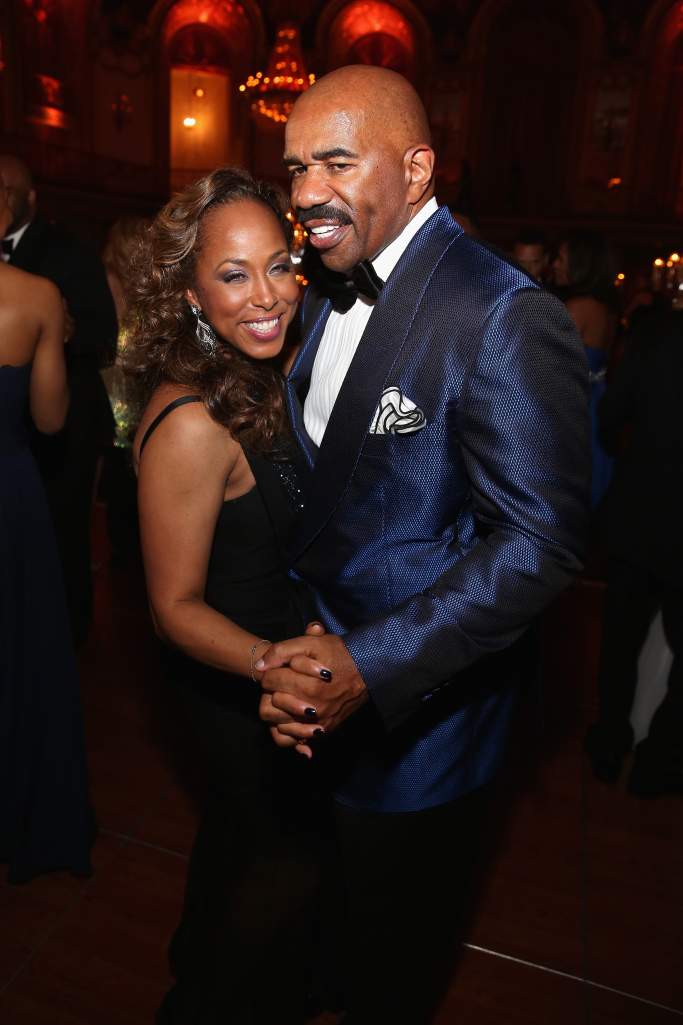 The couple’s wedding took place on the 25th of June 2007. With the marriage, she became the stepmother to Harvey’s four kids from his previous relationships: Wynton Harvey, Broderick Harvey Jr., and twins Brandi Harvey and Karli Harvey.

Marjorie was married to Jim Townsend from around the early 1990s. She divorced Jim less than five years into his jail sentence. Jim, who was the main person in a drug cartel, was sentenced to life in prison after attempting to buy 40 kgs of cocaine.

However, he was released in January 2017, just after 26 years in prison as he was pardoned by the former US president, Barack Obama.

The celebrity wife has two children with Jim: Jason and Morgan.

She had Lori Harvey, her third child, on the 13th of January 1997. However, Lori's biological father is not known as Marjorie has never revealed the name of the guy she had Lori with.

You May Also Like: Lori Harvey Engaged To Be Perfect Power Fashion Couple! Any Wedding Plans?

According to Celebrity Net Worth, she boasts an estimated net worth of around $50 million.

On a similar note, her husband, Steve Harvey, has a net worth of around $180 million, and he earns a salary of about $45 million per year, according to the same source.