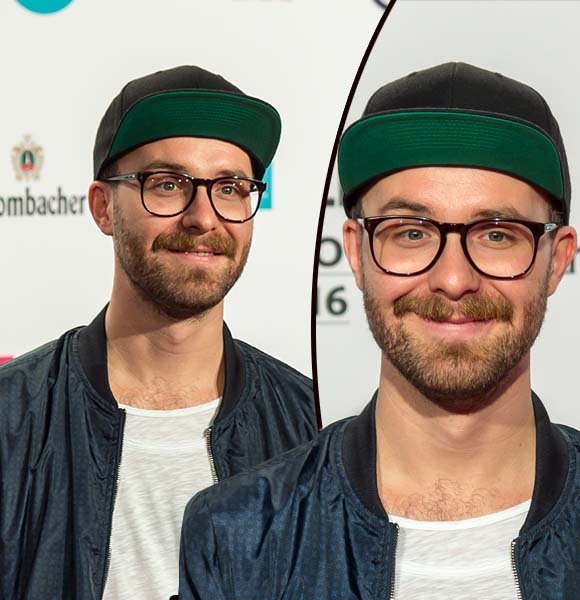 Mark Foster is an American singer best known for being the lead singer of the indie-pop band, Foster The People. Having risen to fame with his 2010 song, Pumped Up Kicks, he has released three albums with his band, and a fourth one is on the way.

The pair’s engagement was confirmed by People magazine in May 2019. As for their marriage, the very first news came out when Zac Posen, an American fashion designer, took to his Instagram to congratulate the newlyweds on 28th December 2019. He also posted a picture of the couple embracing each other. The bride had also posted a black and white picture of her snuggled up to her husband in a cab on the day of their marriage. The Ozark star had donned an old Hollywood style gown by designer Danielle Frankel for the wedding.

Mark Derek Foster was born on 29th February 1984 to Daniel and Kathleen Foster. Though he was born in San Jose, California, he grew up in Cleaveland, Ohio, where he attended the Nordonia High School.

Mark moved to Los Angeles in 2002, right after graduation, to pursue his musical dreams.

Passionate about making songs, he worked multiple odd jobs during the day to make meets end. When night fell, he would attend parties in Hollywood aiming to increase his network, but he found little success in his endeavor.

Four years later, when he was 22, Mark got an opportunity to work with Aftermath Entertainment. Unfortunately, the project never came to fruition.

The singer began working as a jingle writer for Mophonics and released his debut album named “Solo Songs” in 2009.

The same year, he teamed up with Jacob Fink and Mark Pontius to form Foster The People. In October 2009, they released their first single “Pumped Up Kicks,” which went on to become a huge hit.

Following the success of their first song, Startime International signed a multi-album deal with the band. The band released their eponymous EP featuring Pumped Up Kicks in 2011. The song got nominated for the Grammy Award.

Over the years, the band has released three albums: Torches, Supermode, and Sacred Hearts Club.