By LRU Writer | On: December 12, 2019
British actor Mark Strong is known for his versatility... best known for portraying the character of...personal life pretty secluded...married life with...are a powerhouse together...are parents to two children...has conquered all three realms of acting...acting credits on movies and tv shows...enjoys an estimated net worth of... 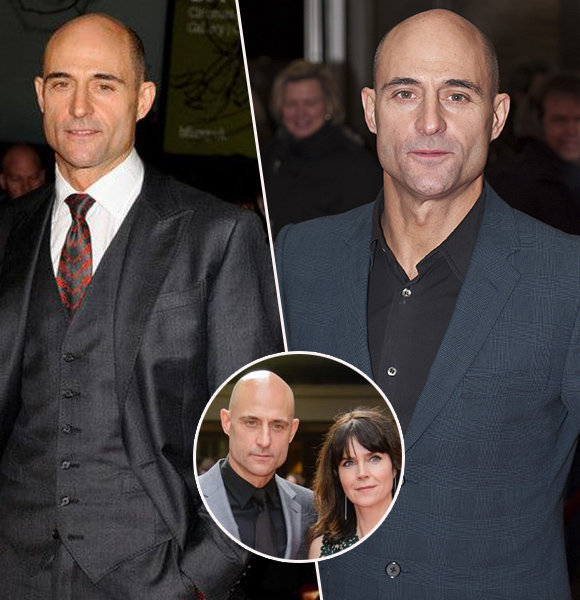 British actor Mark Strong is best known for portraying the character of a rightful agent in the Kingsmen franchise and the villainous Lord Henry Blackwood in Sherlock Holmes. Further, he has also appeared in theater productions for Royal National Theatre and Royal Shakespeare Company.

Read on to know more about the versatile actor's personal and professional life.

Mark Strong is among those celebrities who keep their personal life pretty secluded. He is not one to openly gush about his family.

But despite his attempts to keep his private life low key, his married life with Liza Marshall is not a secret. Mark's wife, Liza is also involved in the entertainment industry. She is a well-known producer, who has produced movies like Life in a Day and Get Santa. Mark and Liza are a powerhouse together. Most recently, the pair worked together in the British TV series Temple (2019). Liza is an executive producer of the show, in which Mark starres as the main character- Dr. Daniel Milton.

You May Like:- Adrien Brody Wife, Girlfriend, Family, Net Worth

Mark and Liza share a solid bond. Further, they are parents to two children, both sons Gabriel Strong and Roman Strong.

Mark Strong is a talented actor who has conquered all three realms of acting: films, TV, and theatre.

Apart from his acting credits on movies and TV shows, Mark has also had a fantastic career as a theatre artist.

One of his earliest theatre performances was on Death of a Salesman in 1996. Further, his performance on Arthur Miller’s A View from the Bridge in 2014 made him a big name in theatre acting. That performance won him an Olivier Award, Theatre World Award, and a Tony nomination.

With more than a hundred acting credits on his name, Mark enjoys an estimated net worth of $9 million. Even after such a fantastic career and impressive accolades on his name, the John Carter actor isn't slowing down anytime soon.

As of now, Mark is busy working on his upcoming movies Cruella and The Forgiven- set to hit the theatres in 2021.

Some Other Facts/ Age