By LRU Writer | On: September 16, 2019
Very few people write histories through exceptional contributions to their field. Boxer Marlen Esparza is one of them; she made the US proud when she became the first-ever American female boxer to compete in the Olympics in 2012. The cherry on...Marlen’s dating life has been a bit complicated. She began dating fellow female boxer, Nicola... Finally, on 6 June 2018, the pair got married... 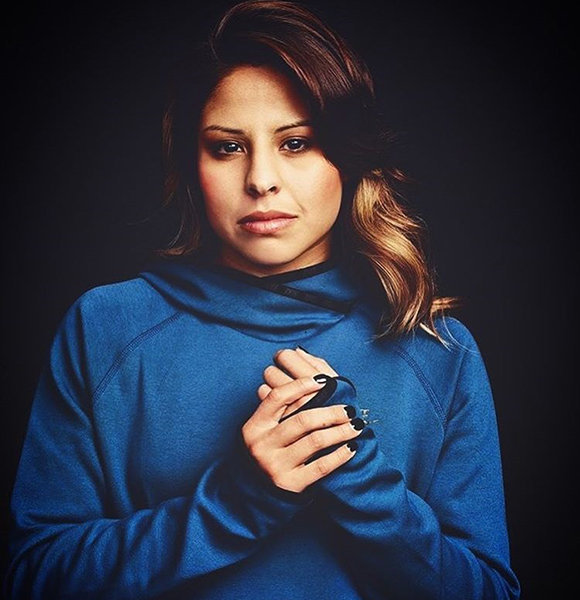 Very few people write histories through exceptional contributions to their field. Boxer Marlen Esparza is one of them; she made the US proud as the first-ever American female boxer to compete in the 2012 Olympics. The cherry on the cake was, she brought home a bronze medal in the flyweight division.

Following the historic event, she won a gold medal in the 2014 AIBA Women's World Boxing Championships. Given her success in bringing awards, Golden Boy Promotions signed Marlen in a pro-boxing contract in 2016, and she made her debut in 2017. Since then, the champion athlete has been winning hearts at the boxing ring.

According to Nicola, they had known each other for 5-6 years but as competitive nemesis. However, at a training camp in Colorado, the Olympian athletes started talking and connected.

The relationship took a serious turn as the pair got engaged in December 2017. However, the pair’s union didn’t materialize into a wedding. According to reports, Marlen became distant with her fiancee’ and started going out regularly. Her sudden change brought a rift in the relationship, and the couple parted ways.

Post the breakup; Marlen started dating a fitness trainer called Frank, and the pair quickly got engaged. Finally, on 6 June 2018, the pair got married. The in-love couple didn’t wait long to go the family way as the Olympian became pregnant with her first baby.

Marlen and her husband shared their happiness via a cute baby shower for their upcoming child in December 2018. Finally, their baby boy named Saint Diego Figueroa was born on 3 January 2019. Today, the athlete and her husband share a beautiful life with their family.

Marlen‘s parents - David Esparza and Carmen Esparza - have been the most significant support system in her athletic jouney. When her father and mother divorced, they thought about her boxing career and kept Marlen with her old man, so that he could monitor her training.

Along with her guardians, Marlen’s siblings have also supported her career. After all, she desired to compete with her brothers- Diego Esparza and David Esparza Jr. - which inspired the athlete to pursue the male-dominated sport; boxing.

For those unaware, she also has a sister named Dalila Esparza.

With unwavering support from her parents and siblings alike, Marlen of age 30 has made a name for herself in the boxing world. Today, the athlete of height 5 feet and 3 inches (1.60m) and a complementing weight, make an average salary of $51,370 per year.

And, with a seven consecutive winning record at pro boxing in her bio, Marlen is sure making her parents proud.