By LRU Writer | On: August 18, 2019
Martin Lawrence is an American actor...he began acting in...has worked with Will Smith on...widely praised for his performance in the hit 2000 movie...He has been in two marital relationships, both of which ended in a divorce...has three children... 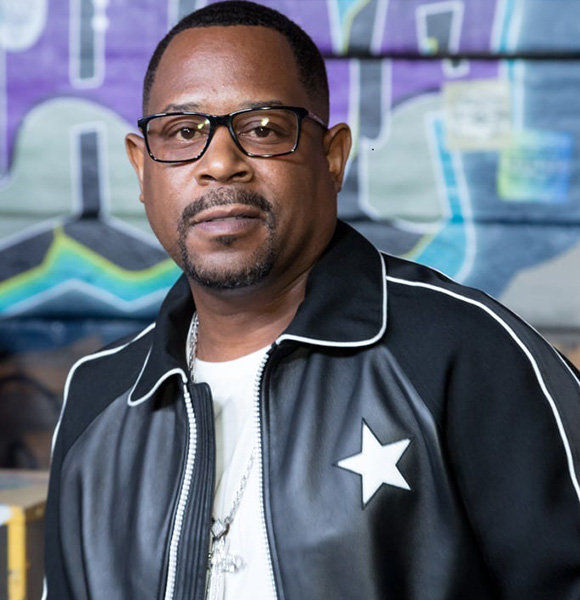 Boasting the height of 5 feet 7 inches (1.71 m), Martin Lawrence is an American actor. He is best known for his role in the iconic 1995 movie Bad Boys alongside Will Smith.

Besides Bad Boys, Martin was also widely praised for his performance in the hit 2000 movie, Big Mommas House. The film was a blockbuster hit and went on to span into a trilogy with the release of Big Momma's House 2 in 2006 and Big Mommas: Like Father, Like Son in 2011.

Martin has been in two marital relationships, both of which ended in a divorce.

First, he married actress Patricia Southall. The pair tied the wedding knots on the 7th of January 1995. Just a year later after their union, the couple welcomed their first child, a daughter named Jasmine Page. Jasmine was born on the 15th of January 1996. However, the new parents ended their relationship in 1997.

Also Divorced Twice:- Joe Scarborough; Is He Dating Someone? Wife and Girlfriend?

The same year, Martin was romantically linked with Shamicka Gibbs. With their time as a couple, the pair became parents to two daughters, namely Iyanna Faith (born on the 9th of November 2000) and Amara Trinity (born on the 20th day of August 2002).

After dating for 15 years and parenting two kids, the couple officiated their union with a wedding on 10 July 2010. However, just after two years of being husband and wife, Martin and Shamicka divorced and parted ways.

Third Time's The Charm - Getting Married?

After a couple of failed marriages, maybe Martin has finally found the one. After moving on from Shamicka, the actor started dating a nurse, Roberta Moradfar. Interestingly, the pair got engaged on the 31st of March 2017. Martin proposed his girlfriend with a custom-made engagement ring from Iconic Jewels. The 5-carat emerald cut ring is estimated to be worth $500k.

Though the wedding has not been officiated yet, the duo shares enormous affection for each other.

Martin has been in the entertainment industry for close to three decades now.

He first appeared on screen with the TV show What's Happening Now! in 1987. Although the show lasted for only a year, Martin garnered enough recognition to build a career.

Since then, the actor has lent his talent to many TV shows and movies. With a very successful run in showbiz, Martin has managed to accumulate a net worth of $110 Million as of 2019.

In 2020, the actor will be appearing to fill the shoes of Detective Marcus Burnett in Bad Boys For Life and on the fourth installment named Bad Boys 4.

African American by ethnicity, Martin’s parents, were part of the U.S military posted to Germany. Hence, he was born in the city of Frankfurt in West Germany in 1965. Martin celebrates his birthday on the 16th of April every year.