By LRU Writer | On: February 12, 2020
American television personality, Mary Beth Roe...started her journey as a host...is married to...is a mother to four children...grandmother to the little boys...often shares sweet snaps of her grandkids...an adopted daughter...encouraged people to consider adoption...was born on... 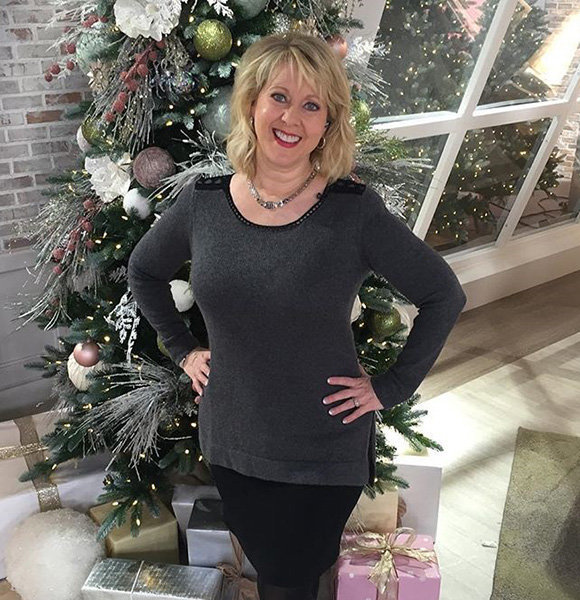 American television personality, Mary Beth Roe, is a host at QVC (Quality Value Convenience)- a network that specializes in televised home shopping. Having started her journey as a host at QVC in 1987, she has held the same spot for more than three decades. Mary and Mark are parents to four children together. Eric is a married man; he tied the knot to Alice in 2015. Eric is a father to three boys, which makes Mary a grandmother to three grandsons.

Further, Mary's other son, Ryan, is an aspiring stand-up comic and an improv performer, whereas her daughter Elizabeth is a passionate horse rider, who began riding horses at age 7.

Adopted Daughter/ Her Intake On Adoption

Mary's daughter, Elizabeth Grace Roe, is adopted. She has been very vocal about adoption.

On the occasion of World Adoption Day in 2014, Mary opened up on the QVC's blog in detail about her adopted daughter and the whole adoption journey. She disclosed that she chose a daughter because she wanted to raise a girl after her three boys.

Mary further added that at first, she was overwhelmed with fear and hesitation. Still, as her daughter Elizabeth grew up, she fit in the family like a missing puzzle and completed the family.

By sharing her story of adoption, Mary has always encouraged people to consider adoption.