By LRU Writer | On: October 08, 2017
Matreya Scarrwener Bio: Age, Parents, Family and Other Interesting Facts On The Rising Actress Many actors who are currently enjoying the limelight in their career were the next big thing when they started their career, and someone who is doing the same and rising high in the industry with her acting skills and determination is, Matreya Scarrwener, who has been making inroads and significant strides towards becoming a future star. 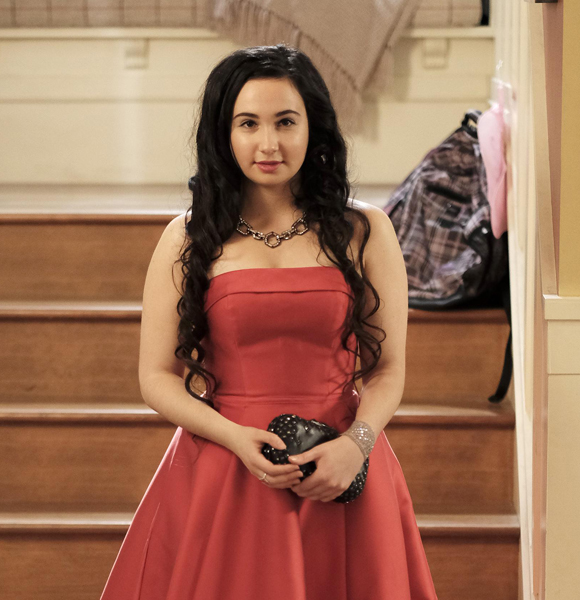 The TV and film industry keeps on introducing new stars. All the actors currently enjoying the limelight in their career were the next big thing when they started their career.

The one going the same path rising high in the industry with her acting skills and determination is Matreya Scarrwener, who has been making inroads and significant strides towards becoming a future star.

So for all those in a dilemma about her personal life, we bring you her bio, which includes every detail about her life!

Who Is Matreya Scarrwener? What Is Her Age? A Short Wiki-Like Bio of Her:

Matreya Scarrwener is a 19 years old actress, who was born on February 23, 1998, in Vancouver, Canada. She first rose to fame through the ABC series, "Once Upon a Time," portraying the character "Dorothy Gale."

Matreya then went on to earn recurring roles on "Strange Empire" as "Robin" and in "Detective McLean: Ties That Bind" as "Mariah."

Before she rose to fame and became one of the most promising actresses, she portrayed some small but crucial roles in shows like R.L. Stine's "The Haunting Hour" and "The Killing."

The experience on the small screen is the reason she has been making inroads in her professional life as an actress.

And did you know, Matreya has also worked extensively in the theater with the "Arts Club Theatre?" It moreover helped her in winning a Jessie award nomination and a Joey award.

Social media has also been a platform where people show their love and affection towards their near and dear ones. Matreya is no different; she loves showing her love and gratitude towards her parents on the dedicated days.

On the occasion of Mother's Day 2015, she wished her mother, Dolly Scarr through Instagram, where she shared that she has been lucky to have such an inspiring mother.

Moreover, on the occasion of Father Day 2015, she wished her father as, She also has a brother, Forest Scarrwener and the way she wished him on his sixteenth birthday shows how much love she has for him.

Although she has shown her affection towards her loved ones, her dating life remains in the shadows; she is yet to address anyone as her boyfriend.

She could be dating someone and is willing to go less public with it, but there are good chances of her being single and waiting for the right man.

Stay with us for the emerging updates on Matreya Scarrwener!

Canadian Actress Once Upon a Time The Haunting Hour