By LRU Writer | On: April 11, 2019
Matthew David Morris, also recognized as MattyB, is an internet sensation renowned across various platforms in social media...After achieving success at a young age, Matthew has continued exploring numerous sectors of show business and is showing some talent in music...Scroll down to find out various aspects of his life including his career, family, and girlfriend... 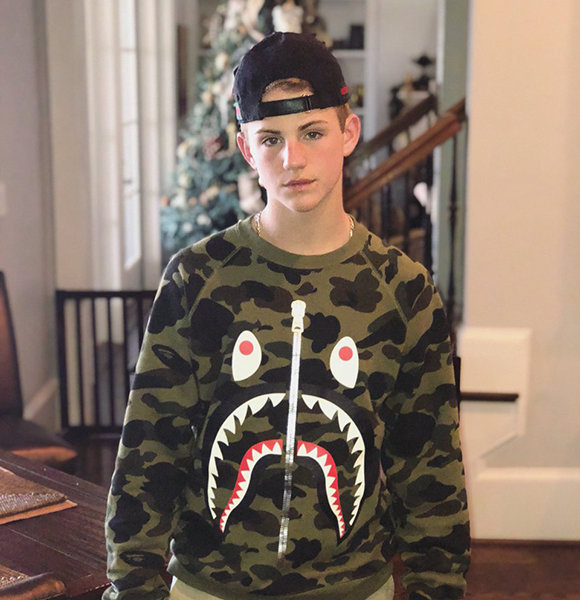 A hip hop enthusiast, Matty is now looking to establish himself as a rapper. He even made cover videos of many famous songs.

Scroll down to find out various aspects of his life including his career, family, and girlfriend.

Matthew, despite his young age of 16, is a talented artist, who is recognized as a singer, rapper, songwriter, dancer, and actor.

The teenage star developed his passion for rapping at the age of five. Once he got introduced to social media, Matthew started posting cover versions of several artists' songs. Till date, he has covered multiple tracks including Eenie Meenie, That's the Way, I Believe In You, and more.

Matthew released an original song titled Forever and Always in September 2011. Further, he appeared in one episode of WWE alongside actor Dwayne Johnson.

Matthew's primary sources of revenue are his YouTube channels: MattyBVlogs and MattyBRaps. He makes a total income ranging from $238.3k to $3.8 million from his two channels.

Matthew's family consists of his parents, four siblings, and his grandmother.

His father Blake Morris, who works as a manager for his son, is also an accomplished record producer, songwriter, and investor. Matthew's mother Tawny Morris, on the other hand, has remained low-key. Matthew also has a grandmother, who got married earlier in February 2016. The social media star possesses a Caucasian ethnicity which he derived from his parents and their parents before that.

Matthew started dating young, and to this day, he has been linked with several girls including the likes of JoJo Siwa, CeCe, Gracie Haschak, Ivey Meeks, and Kate Cadogan.

Among his numerous girlfriends, Kate was the only one with whom Matthew rekindled his romance after breaking up once.

Matthew and Kate were dating back in 2013, and he was also close to the cheerleader's twin brother. However, the duo split in 2014, probably because they were too young to make any serious commitment. Nevertheless, the couple got back together in 2017 and have been together ever since. Matthew and his girlfriend celebrated his 15th birthday on 6 January 2018 and also went to the homecoming in September 2018.

With Matthew and Kate enjoying their dating life, there seems to be no place for any arguments or dispute between the two.