By LRU Writer | On: June 25, 2019
Maurice Compte is an American actor and...seen spending time with his beautiful wife...son on her birthday which falls on...the role of a gay character... 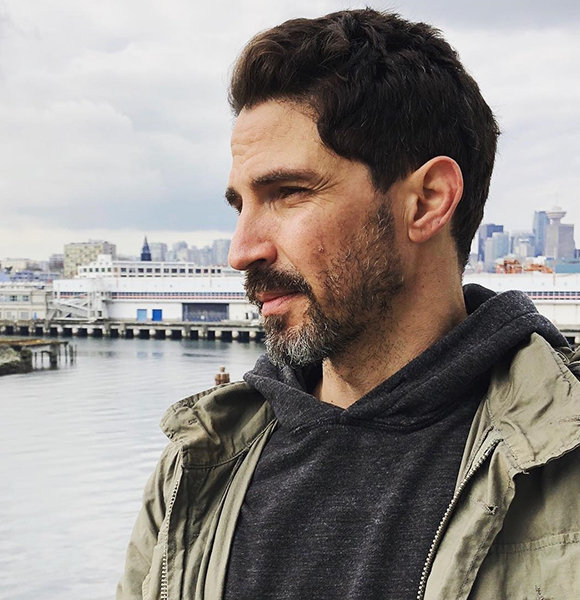 Maurice Compte is an American actor and director well known for playing the character Horacio Carrillo in the hit Netflix series Narcos (2015). He was also a recurring character in the Golden Globe Award-winning show Breaking Bad (2011).

Apart from acting, he has an interest in directing. In 2008, he wrote plus directed a short film titled Vamonos.

Maurice was born in America. But, his parents, who had moved to the USA as immigrants, are initially from Cuba.

With support from family, the Cuban-American actor prepared thoroughly to make a career; taking acting classes before diving into the realm of showbiz. He was tutored by his mentor, Marty Hancock.

Also Of Cuban Ethnicity:- Actor Laz Alonso's Dating Someone? Or Searching For a Girlfriend? Secretly Married?

He considers his acting teacher to be a valuable mentor in his life as he supposes she changed his world forever with her principles and knowledge.

Well, yes, the actor is married. With an impressive height of 5 feet and 9 inches (1.75 meters), and personality, he charmed his longtime girlfriend, Nikki Gates. And, soon married her via a private wedding ceremony. Now, Maurice and his wife share a son and reside in California.

Interestingly, the actor makes out time for his family even in the busiest schedule; he spent quality time with his beautiful wife and son on her birthday, on 10 September 2018.

After finishing his classes and doing theatre plays, he appeared for a small role in the 1996 movie, The Substitute alongside Oscar-nominated actor Tom Berenger. He then started receiving parts in famous TV shows such as NYPD Blue, and CSI: Miami.

Most of the roles, Maurice did were based on a character with Cuban ethnicity. In 2002, he appeared in the TV movie Fidel where he played the character Raul Castro; based on the real-life Communist Cuban politician.

The actor also portrayed the character of a Cuban police officer in the series Narcos (2015) which became a breakout role in his career. He gained additional exposure in the entertainment business among fans due to the show's popularity.

His Co-Star From Narcos:- Andrea Londo Wiki: Bio, Age, Nationality Including Other Facts

Not only he did roles in shows, but he got cast as a lead character in movies including There Is a New World Somewhere (2016). Maurice also proved his ability to play a diverse range of nature through his performance in the 2012 drama I do; he played the role of a gay character.

As of now, the features in the prestigious director Quentin Tarantino's movie Once Upon A Time In Hollywood. However, the California-based actor has yet to prove his financial worth like the A-listers; he gets around $50,000 salary annually to enrich his net worth.