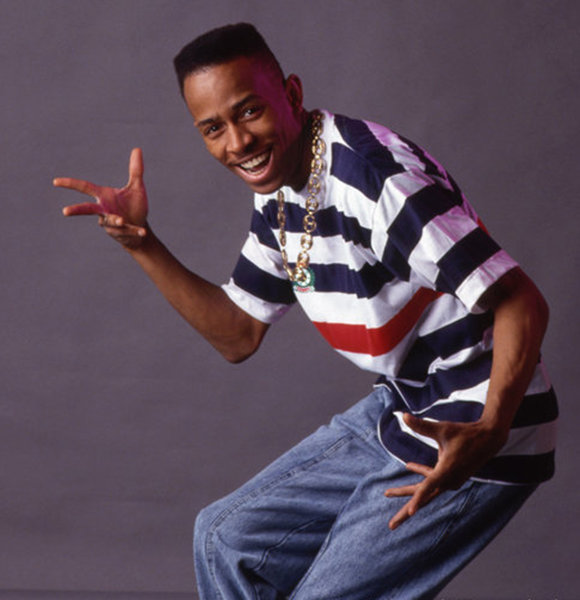 MC Shan was a famous rapper of the 80s but, his exit from the music industry for more than a decade made him lose the competition to new and upcoming artists. Best recognized for his songs like Informer and The Bridge, he re-emerged again after years, but was it too late for Shan?

His frustration does imply so!

Like most successful man, Shan has a supportive woman beside him. And, she is none other than his beloved wife. MC Shan is a happily married man and has been so for the past several years.

His wife, whose name and identity is kept a secret, is the backbone to his family. MC Shan with his beloved wife in May 2016 (Photo: Roxanne Shante's Instagram)

Shan's marriage to his wife has blessed him with four children, two daughters, and two sons. His daughters are named Chady and Shana, while the rapper's toddler sons are Jota and Ethan.

The couple's family also consists of their three grandchildren, two girls, and a boy.

Apart from providing his children and grandchildren with a comfortable life, Shan has also presented them with family values. Although he hasn't been single for many years now, Shan still sympathizes with single guys and divorcees.

The rap artist often reminds his fans and family of the importance of a father in raising kids.

He even went out of his way once to call a child-custody seeking mother a "deadbeat." Well, he does value his children and grandchildren more than anything else and doesn't want to lose them even in case of a divorce from his wife.

MC Shan was born as Shawn Moltke on 9 September 1965 in New York. He was a street-level thug at one point until he was discovered by a talent agent while trying to still the man's car.

His cousin Marley Marl was also involved in the music business, which further helped Shan boost his career.

In 1985, Shan signed his debut record-deal with the MCA records. It boosted his profile as a rapper and made him recognized to the broader audience.

Till date, he has released four albums, namely Down by Law, Born to Be Wild, Play It Again Shan, and Bars Over Bullshit. Some of his hit singles include Feed the World, Left Me Lonely, Time for Us to Defend Ourselves, Ain't It Good to You, and more.

In the late 1990s, he exited from the music industry only to return from his self-imposed exile after nearly 14 years in 2012. He released a single titled Let's Bring Hip Hop Back in the same year along with Every Wanna Be a Big Star in 2013.

Although Shan has a net worth of $2 million as of today, he doesn't seem to be pleased with the hip hop realm.

Earlier in 2019, the 53-year-old rapper came forward in an Instagram video and even used curse words to address the hip hop industry. He also claimed all of the money he made was from doing live shows and didn't earn a dollar from the record sales.