By LRU Writer | On: February 09, 2020
Michael McDonald's wife was 15 years old back then and only began dating after...studio album and eventually, the two married on...As per the site Celebrity Net Worth, Michaels's...the singer's age is...The tour will conclude on...details on his latest tour including...has more than 20 LIVE performance lined up till 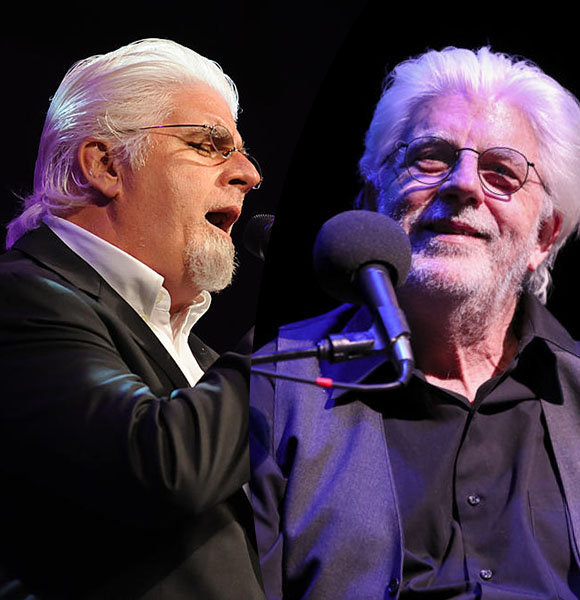 Singer-songwriter Michael McDonald is best known as one of the leading members of the rock group The Doobie Brothers. His collaboration with the group has generated hit songs such as Takin' it to the Streets and Minute by Minute.

Also, their track What a Fool Believes won the Song Of The Year nomination at the Grammy Awards in 1979. The same year, they bagged the Grammy award in the category of Best Instrumental Arrangement Accompanying Vocalist.

Michael is married to Amy Holland, who is a singer as well. He was first introduced to Amy, while she was 15 years old, by a producer at Capitol Records. Both of them were both working for the same label at that time.

But, they lost touch for five years after their first meet. They reconnected again after Michael produced Amy's first, self-titled, studio album and eventually, the two married on 21st May 1983. Their relation resulted in the birth of two children. Their daughter's name is Scarlett.

More On His Partner

The R&B singer's wife Amy is a prolific name in the music industry with several projects to her credit. To date, she has released four studio albums including Amy Holland (1980), On Your Every Word (1983) and Journey To Miracle River (2008).

Her debut album was nominated in the Grammy Awards in the category of Best New Artist as well. Moreover, Michael's wife's songs have been used in the soundtrack of notable movies. Her track She's On Fire was featured in the classic movie Scarface (1983), Teen Wolf and The Lion Of Africa (1988).

Most of Amy's music is sold through her website Amyhollandmusic.com.

Michael is actively touring across various parts of the United States. He has more than 20 LIVE performance lined up till October 2020. The singer will be performing at the GroundUp Music Festival in Miami, Florida on 9th June 2020.

Likewise, The Doobie Brothers' 50th-anniversary tour will be starting from 9th June 2020 at the Coral Sky Amphitheater. The tour will conclude on 17th October with a performance at FedEx Forum in Memphis, Tennessee. The ticket price for his shows starts from $35 per person.

As per the site Celebrity Net Worth, Michaels's net worth is $40 million.