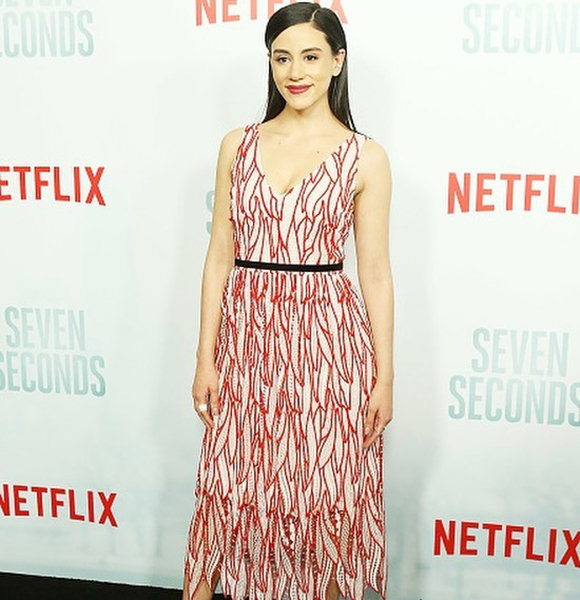 American actress Michelle Veintimilla broke through with her role as Firefly in the second season of TV show Gotham in 2016.

The actress finally got her due as her debut was back in 2007 with a minor role in the TV show, One Life to Live. As of 2019, she entertained the audience in the show, The I-Land. Further, she is attached to the pilot of another show, Baker and the Beauty.

Michelle is happily taken. The actress is in a relationship with theater actor Eddy Lee. The pair first became Instagram official when Michelle posted the duo on a theater date in January 2018.

Since then, the lovebirds regularly take to Instagram to gush about each other and flaunt their love. Previously, Michelle was in a relationship with Michael Mackenzie McGuire. The pair became vocal about their involvement in 2015 via Instagram.

Then, they would regularly post about each other in their respective social media until 2017. Post that year, Michelle and her man stopped posting about each other, which hinted at their break-up. Eventually, their split was confirmed as the actress moved on with Eddy.

Now, she enjoys a healthy relationship with her boyfriend; maybe she will get married to him and turn Eddy into her husband, soon. One needs to wait and watch.

Michelle of age 26 was brought up by her parents Maria Veintimilla and Jose Veintimilla, in New York. She identifies as Ecuadorian-American and boasts White ethnicity.

Maybe it was her upbringing in the heart of the theaters in America, Michelle got attracted to a career in acting. Following her heart, she decided to pursue Hollywood full time.

And, her parents were always supportive of her career choice. To date, they are her number one cheerleader and continue to back Michelle.

Besides her parents, the actress’ family includes her younger brother Jose Veintimilla.

Michelle boasts over 20 acting credits in Hollywood. Her prominent projects include TV shows, Redwood Time, Those Who Kill, and The Good Wife. Further, her filmography includes TV shows, namely Seven Seconds, The Gifted, and Downward Dog.

Also, she was part of movies, namely Not Cool, Love the Coopers, and Drunk Parents.

Besides TV shows and movies, she famously starred in Broadway’s The Visit in 2014. Interestingly, she was studying as a senior at Carnegie Mellon University when she got the offer of the musical.

Given her acting prowess across all mediums, Michelle earns an average salary of $50,122 per year.

With a consistent presence in Hollywood, the actress of height 5 feet 5 inches (1.65 m) will undoubtedly increase her net worth in the coming years.