Mick Mars Relationship Details, How Many Children Does He Have?

By LRU Writer | On: December 15, 2019
Mick Mars and wife attend the premiere of...they shared the responsibilities of their children...Today, his net worth stands at a whopping...as of now, he is working on his solo album 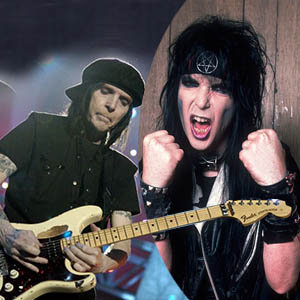 Mick Mars is a prolific icon in the realm of rock and roll music as a guitarist in the band Motley Crue. Moreover, his band is distinguishable in the Hollywood walk of fame at 6752 Hollywood Boulevard in Hollywood, California.

Before working as a leading member of Motley Crue, the artist worked as a member of several blues-inspired bands. On top of that, he even contributed as a songwriter for the band CRASHDÏET.

As of now, Mick is married to Swiss-born model Seraina Fai Schönenberger. The two first met in June 2007 at one of his concerts, where his girlfriend was among the audience.

Is Riley Green's Tour & Concert Details :- Plus Details On His Marital Status

Luckily, the two interacted backstage after the concert, and the singer took a liking to her from their first meet. Eventually, they started dating that year and tied the knot in 2013. Interestingly though, their relationship did raise some eyes due to their vast age gap; Mick is 33 years older than his wife.

Mick's first marriage was to a girl named Sharon Paul. Together they shared the responsibilities of their son Les Paul Dean and daughter Stormy Deal. But, he divorced her in 1974 after he started dating girlfriend Marcia.

Mick and Marcia's relation even resulted in the birth of their baby boy Erik Mars in 1976. However, his love for Marcia couldn't last long either as he started to fall for late Emi Schmidt, the backup vocal member of his band Motley Crue.

So, he married her on 29th September 1990. Unfortunately, this union couldn't last longer, too, as they divorced four years later.

Mick's involvement with Motley Crue has helped him reach financial prosperity. Today, the guitarist's net worth stands at a whopping $70 million. Because his band successfully sold 75 million albums in the last three decades, this figure doesn't come as a surprise.

Still today, the guitarist is doing well in his music career and is even working on his solo album. He confirmed the news through his Twitter handle on 26th November 2019 writing,

Also, as per the artist during his interview on Talking Metal podcast, his solo project will feature blues element primarily with the fusion of rock genre.

Facts About Mick Mars Including Age: