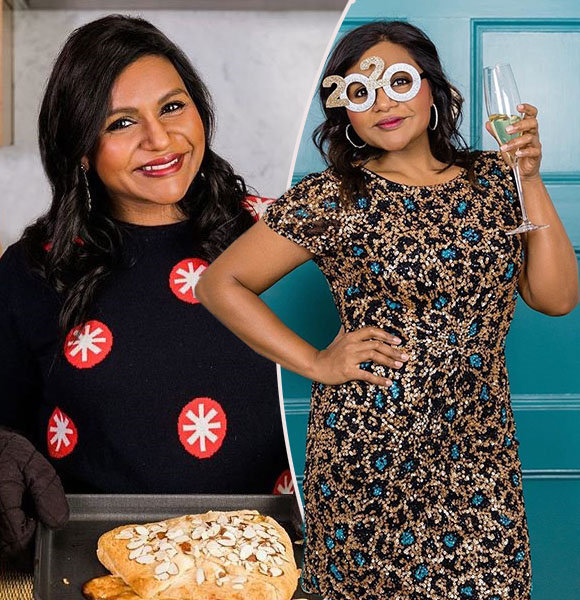 Mindy Kaling is a multitalented personality, who has worn many hats throughout her career. She is a comedian, writer, producer and renowned actress.

She is best known for her role as Kelly Kapoor on the comedy TV show, The Office (2005-2013). In 2019, she gained huge acclamation for writing the screenplay, producing, and acting in the movie Late Night (starring Emma Thompson). Mindy is raising her daughter as a single mother.

She has not revealed her daughter's face and the identity of her daughter's biological father. In an interview with the New York Times, Mindy disclosed that she wants to tell her daughter about the father before anyone else.

Even though the information about Katherine's daddy remains a secret, Mindy has revealed that her ex-boyfriend and former co-star B.J. Novak is her daughter's godfather.

Her parents are both Indian- Tamilian father Avu Chokalingam and Bengali mother Swati (Raisircar). They met in Nigeria and moved to the US in 1979, the same year Mindy was born. Mindy was raised alongside her younger brother Vijay Jojo Chokalingam.

Sadly, Mindy's mother, who was an ob-gyn doctor, died in 2012 because of pancreatic cancer.

Mindy Kaling made her TV debut from Curb Your Enthusiasm and the big-screen debut from The 40-Year-Old Virgin, the same year in 2005.

After that, she landed the job as a writer in The Office (2005-2013) before portraying the character of Kelly Kapoor on the hit show.

Following the massive success from The Office, she starred as Mindy Lahiri in the FOX comedy series The Mindy Project (2012-2017). She wrote, directed, and produced several episodes of the show.

According to Celebrity Net Worth, Mindy's career as an actress, writer, producer, and director has rendered her a net worth of $24 million.