By LRU Writer | On: September 12, 2019
Despite all odds, South African native Charlize Theron managed to make a name for herself in the tough Hollywood industry...But, before they could become husband and wife, Charlize and her man ended their romance...Interestingly, Charlize was also involved in lesbian relationships when she was young... 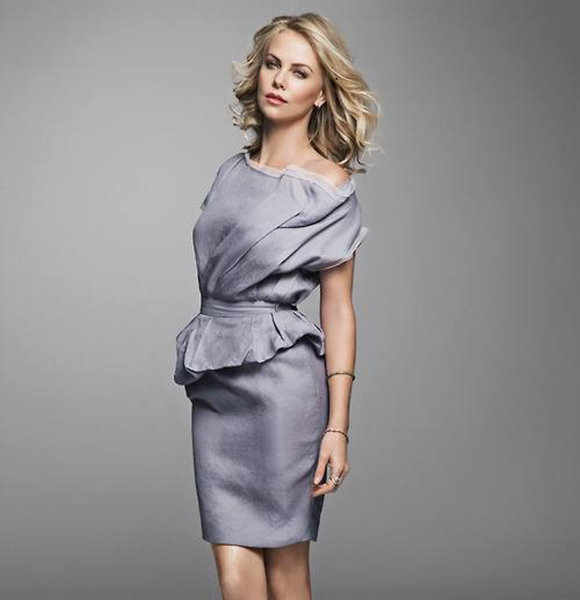 Making it big in Hollywood is as hard as it is. If one belongs to another country, the stakes are even bigger for an aspiring actor. Despite all odds, South African native Charlize Theron managed to make a name for herself in the robust Hollywood industry.

She initially pursued a career in dancing, but it was cut short due to a knee injury. Then, she changed her path and started her hustle for an acting career. Although her debut movie was Children of the Corn III: Urban Harvest in 1995, it was her role in The Devil's Advocate which earned her wide recognition.

Further, Charlize’s shining moment came when she took home the prestigious Oscars for her portrayal of Aileen Wuornos in the 2004 film, Monster. Today, she is an A-list actress with a net worth of $160 million. Given her success and fame, it is no surprise when even her hairstyles make headlines.

The actress’ dating life is in stark contrast to her sucessful professional life. Charlize herself admits her difficulty in finding love.

However, the actress of age 44 has sure tried to find love as evident by her string of boyfriend over the years. Charlize’s first public romance was with singer-actor  Craig Bierko in 1995. However, the relationship couldn’t last, and the pair parted ways in 1997.

Post the breakup; she moved on with Stephan Jenkins - Third Eye Blind frontman - the same year. But, the actor-singer duo’s romance came to an end after four years in 2001.

Despite the breakup, the actress of height 5 feet 9 and a half inches (1.77 m) didn’t give up on love and started dating Irish actor Stuart Townsend in 2001. The relationship was going great, and the pair even acted together in movies Head in the Clouds and Trapped.

Sadly, Charlize and her boyfriend of nine years parted ways in 2010.

Post the heartbreak; the actress went back into the dating scene. But, a stable relationship came her way only in 2013. Well, she started dating Milk actor Sean Penn. And, the pair even got engaged in November 2014.

But, before they could become husband and wife, Charlize and her man ended their romance.

Amidst her inability to find stable relationships, the actress got linked to Hollywood megastar, Brad Pitt in 2019. Further, she has also been linked to British musician Seal, the same year.

In reply to the conjectures, the Mad Max: Fury Road star gave a cryptic answer that she was dating people but still searching for love.

Interestingly, Charlize was also involved in lesbian relationships when she was young. While exploring her sexuality, the actress found that she was only interested in men.

Charlize had a traumatic childhood. Growing up with her alcoholic father Charles Theron, the actress and her mother - Gerda Theron - suffered a lot, both physically and emotionally. One day, Gerda ended up shooting her husband in self-defense.

Despite the killing, Charlize’s mother was acquited by the court. Post the trauma; the mother-daughter pair were able to live a normal life. Gerda supported her daughter in moving to the USA, where she became successful and even took on her work country’s nationality in 2007.

The South African-American actress chose to expand her family via adopting kids; son Jackson Theron and daughter August Theron in 2012 and 2015 respectively. As of now, Charlize's seven-year-old son has transitioned and identifies as a transgender girl.