By LRU Writer | On: July 04, 2019
Moises Arias is an American actor and a promising prodigy of...started his acting journey at the age of nine when he featured as a central character in the hit Disney Channel show...disproved gay rumors after he started dating... 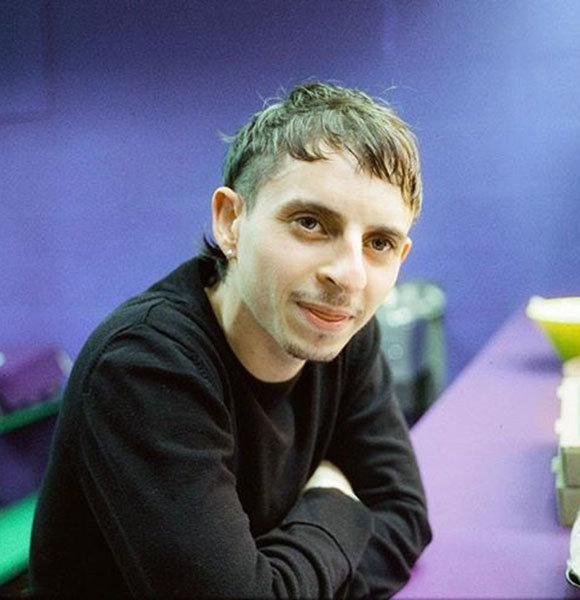 Moises Arias is an American actor and a promising prodigy of Disney Productions.

He started his acting journey at the young age of nine, appearing as Rico in the hit Disney Channel show, Hannah Montana.

Also, he is a passionate photographer and often keeps the acting job on the side to click photos of his A-lister friends and posts them on various social media platforms.

What Is Moises Arias Doing Now?

Moises Arias has built a secure connection with both the young and old generation. Many adults remember him as Rico from Hannah Montana, but Moises is now a matured man.

Many recognized him for his outstanding acting skills and performances in TV shows and movies like Beethoven's Big Break, Astro Boy, Hannah Montana: The Movie, and Marvin the Martian. Amongst his works, the most recent include Five Feet Apart (2019), where he is seen portraying a gay character named Poe.

With a decade long acting career, Moises's net worth is accumulated to be around 600K per year, which is a considerable sum for his age.

Moises Arias was born on 18 April 1994 to Colombian parents and was brought up in New York. He possesses American nationality but is South American by ethnicity.

Also From Disney:- Does Skai Jackson Have a Boyfriend? Or Just Too Young For it Now?

Like him, Moises' younger brother Mateo Arias is also an actor and comes from a Disney background. Mateo is widely known for his role as Jerry on the Disney series, Kickin' It.

The two brothers have even worked together on various occasions. Moises and Mateo directed a series of YouTube films in the past. Similarly, in 2009, they also worked on a movie called Motocross Madness, and they even love hanging out together during leisure times.

Despite their multi-racial ethnicity, both brothers are fluent in English & Spanish and worked as voice actors in the animated movie, Despicable Me 2.

Like many celebrities, Moises was also presumed to be gay. With his love life under scrutiny, Moises proved the gay rumors wrong when he started dating Cassidy Sawchuk in 2011.

However, the relationship with his then-girlfriend was a short stay. Also, In 2014, Moises created a lot of buzzes when rumors of him dating 13-year-old Willow Smith surfaced in public. A photo post of Moises on Instagram, where both Moises and Willow are in bed together raised a lot of eyebrows.

As of now, Moises does not have any girlfriend in his life.