By LRU Writer | On: August 19, 2019
Myers Jackson is an Accredited Auctioneer of Real Estate...a year later, he got a divorce and remained single for about a... the net worth has changed multiple times... 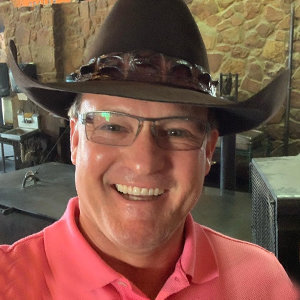 Professional auctioneer Myers Jackson impressed both, clients and his viewers with his bidding skills in DIY Networks reality show Texas Flip and Move. Although he appeared for a brief time in the show, he entertained everyone with his charisma.

While his talent as an auctioneer is evident onscreen, it remains the same behind the camera as well. As the president of the Florida Auctioneers Association, he won the International Auctioneers Championship in 2016.

The reality icon was born on 19th January 1967. He is at the age of 52. He holds a Certified Estate Specialist Designation through his education from the Certified Auctioneer Institute.

He was previously married to Mary Ruth Jackson, and they share a son named Jake Jackson.

Their marriage showed no sign of turmoil or difference till 2016, and Myers was even spotted celebrating fathers day with his family in New York that year. But a year later, he divorced his wife.

Remaining single for a year, the actor introduced his newfound girlfriend, Christiane Bastien in 2018. His girlfriend is a worker at Texas-based resturant chain Bob’s Steak and Chophouse. As of now, the real estate broker is very transparent about his relationship with his partner. By the looks of which, they are telishing their dating affair.

For those curious about the auctioneer’s net worth, the news of his financial status will come as a bit of a surprise.

In his self-titled website, he has tried eloquently as much as possible to steer his readers away from knowing his accumulated money. For instance, in his own words,

The net worth issues are commonly subject matter for many reality tv personalities. A person may never know the true financial position of other people. Consequently, a persons net worth cannot equal self worth. Calculations are not dollars or cents. However self worth could be a measurement of ones contribution to community and cause.

Judging by his current financial status, it seems he has a reason behind the reluctance to share his net worth. In 2017, it got reported that the TV icon owed about $80,000 solely to his ex-wife. On top of that, he had to pay $184,577.79 to different companies.

Amid the bankruptcy, Myers stays active in touring several parts of the country while auctioneering.