By LRU Writer | On: July 19, 2019
Nats Getty and her girlfriend got married on 13th July..... started dating her girlfriend Gigi back in February.....family and friends were also assembled during the proposal... 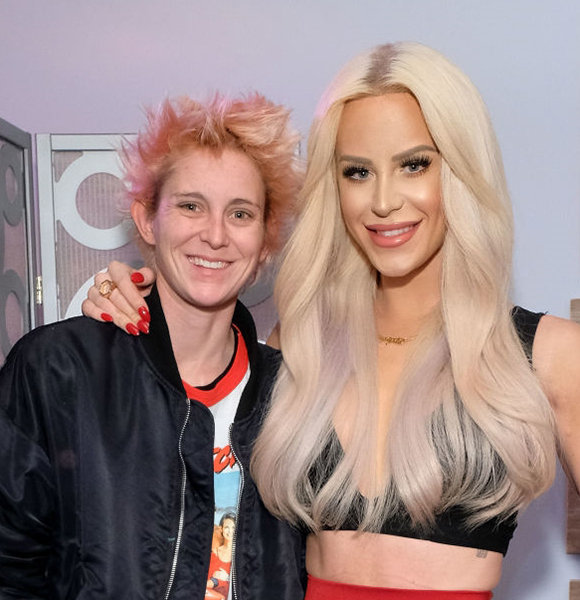 The billionaire oil heiress of the Getty family, Nats Getty was in a romantic relationship with her partner for a couple of years. However, she hesitated to take a step forward and tie the wedding knot.

Nevertheless, she unexpectedly proposed her partner for marriage in a very lavish and romantic way which overwhelmed the heart of her partner.

Well, if you are willing to acknowledge her relationship with her lover and the way she ended up tying the knot to her, then you are in the right place!

Nats Getty and transgender YouTube star Gigi Gorgeous were already in a relationship for two years when Nat proposed her partner for marriage during a trip to Paris, France in 2018.

Nats rented a massive, opulent chateau in one of the most romantic cities in the world to propose her girlfriend. Their family and friends were also present during the proposal, where Gigi was in a dilemma as she had no idea what was happening.

Every moment of the proposal and celebration was captured in the video, which was eventually shared by Gigi on Instagram on 11 March 2018. The couple took a helicopter ride to a luxurious palatial French estate, where the words "Will You Marry Me?" appeared in front of the sprawling mansion.

Nats' proposal was heart whelming and made her partner speechless.

Furthermore, Gigi expressed her sublime experience of the engagement with Nats through a post on Instagram back on 9th March 2018, by flashing a big and beautiful diamond ring on her finger. After the proposal, Nats and her girlfriend got married on 13th July 2019 in Rosewood Miramar Beach in Montecito, California. The ceremony was quite a lavish one, and over 220 guest made their appearance. The whole vibe of the reception was white and light pink color themed.

After saying their I do's and spending the most magical moment of their life, the newlyweds spent time at the beach with one another. Meanwhile, with their relationship that has gone official now, many challenges still lay ahead in their marriage. Her wife Gigi wants to conceive a child with her since 2018. But, the pair were facing difficulties due to Gigi's transgender sexuality.

Moreover, the pair had tried to freeze the sperm as per a medical procedure to have children later. But she stepped away from the decision after finding out that the method could fail in people with a history of taking hormone injections.

However, the designer's wife had assured her fans about returning to try the procedure again. So as of now, it’s unknown what fate lies ahead for their chance of becoming parents to a child.

Natalia Williams a.k.a. Nats Getty was born on 22 November 1992 in Los Angeles, CA to parents Ariadne Getty and Justin Williams. Nats moved to England for boarding school when she was at the age of 8.

Nats, who stands at the height of 1.79 m (5 feet 10.5 inches), even has a brother named August Getty, who is also a fashion designer by profession.

Nats is a fashion designer as well as an heiress to Getty Oil Fortune. Apart from this, she has even left her footmark in the acting industry; Nats is best known for her role in Smoking Solitary (2014) and Shane & Friends (2016).