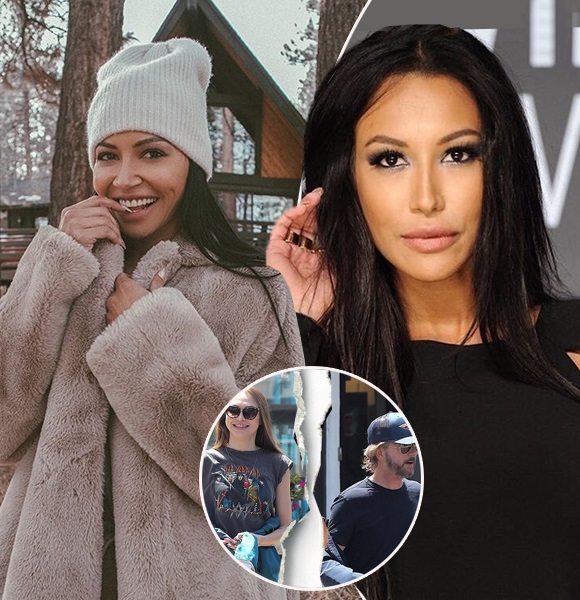 American actress Naya Rivera is someone who stepped into the showbiz even before she could walk or talk.

She is best known for her portrayal of Santana Lopez on Fox's hit show, Glee (2009-2015). Her portrayal of a vicious and headstrong cheerleader in the sitcom also won her a Screen Actors Guild Award in 2010.

Moreover, she is a multiple times recipient of the American Latino Media Arts Award.

Naya started dating Justified actor Ryan Dorsey in 2010. The two parted ways after dating for a short time but eventually rekindled their romance in 2014.

After getting back together, the couple got married on 19th July 2014 in a secret ceremony held at Cabo San Lucas, Mexico. However, Naya and Josey's relationship eventually hit the rocks. In 2016, Naya filed for divorce from her husband of two years. The divorce was called off later.

But their relationship had already hit rock bottom. In November 2017, Naya was charged with misdemeanor domestic battery after she allegedly struck Ryan. After that incident, there was no turning back for the couple, and their relationship officially ended with a divorce on 14th June 2018.

After Naya broke up with Ryan for the first time, she started dating rapper Big Sean.

The couple got engaged in October 2013 after dating for six months. Further, they also collaborated on a music venture together in 2013.

But unfortunately, their relationship did not last, and they called off their engagement, parting ways in April 2014. After their separation, it was reported that the reason behind their split was Naya's controlling ways and violent fits of anger.

Apart from Ryan and Big Sean, Naya has also been linked to actors like Douglas Booth, David Spade, and Glee writer Matthew Hodgson.

Her mother was a model, and at the mere age of nine months, Naya was represented as a child model by the same modeling agency that represented her model mother. As a child model, she initially appeared in commercials for Kmart.

Another Actress Who Started Her Career At A Early Age:- Tiera Skovbye Dating, Wedding, Family, Net Worth

Apart from acting, the Glee actress has also ventured into music. She released her first single, Sorry, on 17th September 2013.

Throughout her career, Naya has worked as a model, actress, TV personality and singer. According to Celebrity Net Worth, she has amassed a net worth of $5 million.